Native Americans are the new heroes of Gameloft’s Oregon Trail remake. In a computer game renowned among elementary schoolchildren for keeping white settlers alive, the Native American sentiment was always going to be secondary. Indigenous characters were either unplayable guides or nameless murderers in every struggling European colony’s search for a land they could appropriate. The original Oregon Trail by student teachers Don Rawitsch, Bill Heinemann, and Paul Dillenberger never strived to tell a different story. As iconic as the 1971 text-based strategy game is for the modern-day American school system, it fed hapless 10-year-olds the same tired narrative where the quintessential white man’s trials and tribulations mattered more than those marginalized by their almost-parasitic spread across continental United States. 23 reinterpretations have come and gone, and not a single developer thought to make pertinent changes.

The truth was, Native Americans were never just supporting roles in the early years of colonial America. They were allies, partners, hosts, friends, family, and mentors, opening their borders to those willing to respect the plains and forests that birthed their people. But more succinctly, they were victims in a relentless mass invasion; as white Americans expanded like ticks, and their collective search for meaning unjustly romanticized at the expense of those who lived in the continent before them, Native Americans soon paid the price for their achievements. The historical Oregon Trail uprooted the indigenous population from the lands they called home, rewriting history and turning victims into villains, residents into outsiders, imperialists into superheroes. The olive branch was proffered, but didn’t exactly receive a response back.

And yet, the story boasts a silver lining. Gameloft scoured through 47 years of institutionalized injustice and finally dared to retell the same story a different way. The result was this year’s The Oregon Trail, an Apple Arcade highlight that updates the original Oregon Trail to include Native Americans as central characters, complete with charming 8-bit visuals and a booming alt-country-inspired soundtrack. It came out in April.

The mechanics behind The Oregon Trail differ little from the original teleprinter version. It’s the 19th century in colonial America. Players take charge of a covered wagon on its way from Independence, Missouri to Oregon City, Oregon and are tasked with keeping the passengers alive. The party in question is crossing an untamed wilderness on foot and would have to survive the onerous trek without losing supplies, compromising their stats, snapping their wagon in half, exhausting their oxen, or succumbing to accidents and illness, and inevitably, dying. Hunting, rafting, and fishing are now necessary strategies for staying alive and choices matter more than ever.

The Oregon Trail isn’t Gameloft’s first stab at the franchise. The French Vivendi subsidiary acquired the rights to Rawitsch’s Oregon Trail in 2009 and made The Oregon Trail, a Java Micro Edition mobile video game that had popping graphics, but differed little from the original in context and tone. Later attempts resulted in three more games: The Oregon Trail: Gold Rush, The Oregon Trail HD, and The Oregon Trail: American Settler, the latter published in 2011. Other publishers took over and made card games and board games; with every iteration sold, the core mechanics remained the same. Gameloft gave the IP another stab this year, but decided to try something no other developer has considered before: to improve Native American representation by consulting with Native American professors and historians.

For the first time in almost 50 years, indigenous characters in Oregon Trail can speak straight English, prefer hunting rifles over the standard, “primitive” bow and arrow, didn’t always wear their hair in braids, had actual, historically accurate given names, weren’t unnecessarily obsessed with flutes, and didn’t necessarily serve as trappers and guides. In Gameloft’s The Oregon Trail, Native American characters are now fully playable. They have become an essential component of any traveling party and would require as much looking after as any other white settler. It’s a wonderfully equitable arrangement and players are loving it.

Gameloft’s The Oregon Trail reimagines white settlers and Native Americans as partners in life, traveling from Independence to Oregon City as a group of hefty equals. It’s currently available for play in Apple Arcade. Dysentery and cholera better watch out. 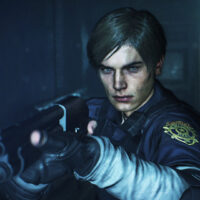 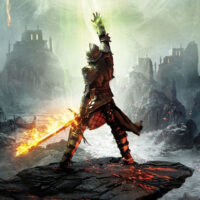 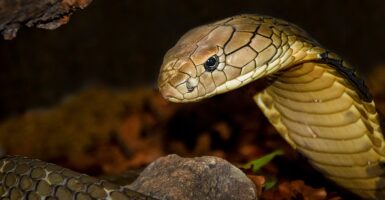