The Sega classics Alisia Dragoon, Beyond Oasis, and Earthworm Jim have been added to Nintendo Switch Online.

As reported by Destructoid, the three games are now added to the expansive catalog of retro gaming titles featured on the Nintendo Switch Online subscription service. And of all three games that have been added to the delightful bunch of nostalgia-inducing gaming titles, Earthworm Jim is probably the most notable title. But the other two, despite being less-known among gamers, are as equally deserving of their own spot in Nintendo’s Garden of evergreen titles that send gamers to the memory lane of their childhood gaming days.

Alisia Dragoon is the first title showcased by Nintendo for its Nintendo Switch Online Service. It was released exclusively for Sega Genesis in 1992 and quickly rose to become the most iconic title to video game fans of a certain age — the game’s appeal quickly becomes evident at the very start of the game. The RPG title grants players control over the game’s protagonist on the quest to avenge the death of her father at the hands of an evil prince. Alisia Dragoon won universal acclaim for its fast-paced side-scrolling gameplay and very detailed environments.

It was quite evident, even at the time of release, that Alisia Dragoon was Sega’s answer to Nintendo’s Castlevania gaming series, which remained immensely popular to this day — thanks to reboots and Netflix’s animated series. Moving on to Beyond Oasis, more commonly known as The Story of Thor — the game was released in 1994 as an action-adventure top-down adventure developed in response to Nintendo’s massively popular The Legend of Zelda series, whose latest installment got a release date just recently.

Beyond Oasis puts players in control of the game’s protagonist on a journey through various dungeon-filled eastern kingdoms, on a mission to gather elemental spirits to stop a wicked sorcerer on a path of world domination. Considering that it’s one of the finest examples of 16-bit gaming, it’s no wonder that Beyond Oasis made it to Nintendo Switch Online Service. And the same can be said for 1994’s Earthworm Jim, which is definitely the most recognizable title among three Nintendo Switch Online offerings.

Before it landed on Nintendo Switch Online, Earthworm Jim launched on a wide variety of gaming consoles and handheld platforms in 1994. The platformer featured a battlesuit-powered earthworm television star that fights across the galaxy to save the princess What’s-Her-Name being held hostage by the Psy-Cow. The release was widely celebrated for its hand-drawn animation and cartoony aesthetics in an era in which every other release tried to wear down its own gaming hardware in an attempt to offer the best possible graphics and performance. 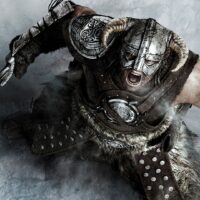 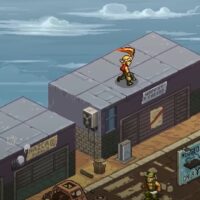 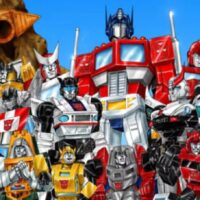