Ah, the good old 2000s, an era in which the world didn’t end, Kylie made an almighty comeback, Big Brother changed the reality TV, retro cellphones, and smashed TV and monitor screens. Two decades later, cropped cardigans are making a comeback, Biden is still in the White House, and Nintendo gamers are again flinging their controllers into their TV sets and gaming monitors, causing costly property damage for the same reason they did so in 2006 onward. Welcome, Nintendo Switch Sports.

Nintendo’s previous major console, Nintendo Wii (not counting the Wii U) released in 2006. It was a pretty big deal during pre-release, as it announced the iconic nunchucks wireless controller that would supposedly revolutionize the gaming. Nintendo even developed a launch game to go with its new console, titled Wii Sport, that fully utilized the said controller. The only downside was that it tended to slip from people’s hands and land right on their TV screens, causing massive cracks and rendering the screens useless. According to Kotaku, Nintendo did it again and dropped the Nintendo Switch Sports — a spiritual successor to the Wii Sports video game.

Like its predecessor, the Nintendo Switch Sports is a sports simulation that encompasses several mini-games, including bowling, soccer, tennis, and volleyball. Like with the previous entry in the Nintendo Sports series, the Switch version of the game utilizes the console’s wireless remote’s built-in motion controls to play, meaning that your thumbs aren’t doing all the work — you’re actually an active participant that’s likely to sweat excessively, and even burn some calories in the process.

Unfortunately, just like with Wii’s nunchucks controller, Nintendo Switch’s Joy-Con also tends to slip from gamers’ hands, smashing right into their TVs in the middle of the games, resulting in a broken screen. Repairing a broken screen is a costly business, and purchasing a new TV is often a better option. For example, Samsung’s new 40-inch LED TV costs approximately $400, and the display panel replacement costs somewhere in the range of $380. We have to admit, Nintendo Switch Sports has some of the priciest Badminton sessions in the gaming world — often mirroring the price of a new TV.

In most recent screen-busting adventures, a Twitch streamer named 63man, went viral over the weekend after he accidentally, yet surprisingly casually, tossed his Joy-Con at his monitor while playing a tennis match in Nintendo Switch Sports. So it would seem that another two decades of gaming history will be marked with hilarious YouTube videos of gamers causing property damage, albeit by accident, over Nintendo console’s controllers and gaming titles.

There is an entire montage of gamers completely destroying their screens playing Wii Sports, and there will be whole montages of people doing the same playing Nintendo Switch Sports. Admittedly, Nintendo curtailed these accidents immediately after the Wii promotion ended up with a broken screen by releasing wrist straps for the Wii Remote Controller. Drawing from their past experiences, the company shipped out Joy-Cons with the included wrist straps, but let’s admit it — nobody had seen theirs since they nonchalantly tossed them over their shoulders when they were unpacking the console. 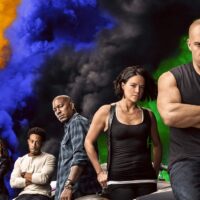 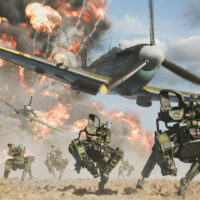