It had been long rumored that Natalie Portman aka Jane Foster would be taking on the mantle of Thor, and now it has been confirmed at the end of the film’s new trailer. The climax of seeing Mjolnir fly into her hand, while she looks like a comic-accurate version of The Goddess of Thunder is amazing. Now fans of Marvel’s Avengers are going to be able to take this new Thor for a spin soon. The April development plan was shared via the game’s Twitter page, where they announced the roadmap for update 2.4, which will see a May release, the following 2.5 update will bring in The Mighty Thor. You can see this announcement below:

Marvel’s Avengers may not be the most popular loot-grabbing game, but it certainly has plenty of content to pick from when it comes to heroes that are part of the long-standing mythos of Marvel comics. That is certainly the case for the myriad of MCU films that have graced screens and the plethora of shows that Crystal Dynamics can choose from. It has been announced that an MCU addition will, in fact, make its way to the video game. Natalie Portman and her version of The Mighty Thor will be flying to the Avengers game sometime in the near future. This version of Thor was finally announced and shown during the epic teaser trailer for Thor: Love and Thunder. You can see the trailer below:

The announcement claims that many of the powers that Jane Foster has will mirror those of Thor Odinson, but there will also be elements that are “strictly Jane.” That is certainly some good news, and these elements might also be something shown in the film, when Natalie Portman becomes worthy on July 8th. This is the first time in which Marvel’s Avengers has targeted a film-like role and release for one of the playable champions. All the heroes in the game so far, don’t exactly look like their film counterparts. However, there have been Spider-Man and Black Panther DLC releases, so Crystal Dynamics and Square Enix might be noticing the value of releasing DLC based on which highly popular film comes out. This could mean that a Doctor Strange pack could and should be released next. However, we are going to see Jane Foster appear first above anyone else.

Marvel’s Avengers launched in August of 2020. The game was meant to follow the massive success of the MCU films, but it never quite exploded in the way that it should have. This has a ton to do with loot games not offering gamers any real semblance of end-game loot. This was the main issue with the game, but Crystal Dynamics has steadily been fixing the game and adding fan-favorite heroes to the lineup. Again, this started with a War for Wakanda DLC pack that included Black Panther, and the more recent addition of Spider-Man. Now the developer is taking a swing by releasing the Jane Foster version of Thor. Honestly, this is a good marketing move. Natalie Portman is massively popular, and fans cannot wait to see her powers in the film, and now in the game’s future. There is no timetable for the 2.5 update that will add The Mighty Thor, but it could be targeted for some time at the end of summer. 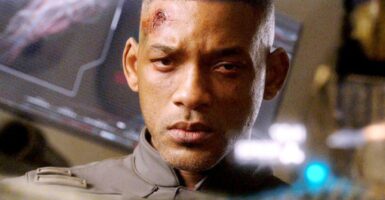