Gaming fans have been trying to replicate the fantastic moves and stunts seen in video games since the days of Super Nintendo past. We’ve seen people replicating wall runs from the Prince of Persia gaming franchise in more recent decades, parkour runs from Assassin’s Creed, and fighting moves from the Street Fighter series. To be entirely honest, replicating those moves in real life can be challenging for most, but these seem like a breeze for stuntwoman and Twitch streamer @SofiaStunts, inspired by Mortal Kombat 11. You can see her in action below:

This story was brought to our attention by ComicBook, after Sofia replicated the fighting moves of Sonya Blade, one of the staple characters of the Mortal Kombat gaming franchise. The stuntwoman got a lot of praise from the gaming community when her video caught the attention of Mortal Kombat co-creator Ed Boon, who shared Sofia’s video on Twitter. In addition, the video features gameplay footage from Mortal Kombat 11, so fans can compare Sofia’s performance to that of Sonya Blade.

While this particular video gained Sofia a lot of attention, the Twitch streamer and stuntwoman has also replicated the moves of several other characters from Mortal Kombat 11, including Cassie Cage. After Boon shared Sofia’s video, the stuntwoman asked the community to share their suggestions for other characters she could replicate. Of course, the fans have immediately requested more MK fighters, specifically Mileena and Kitana. However, the stuntwoman seems open to the suggestion, so it’s quite possible for more videos in the future.

Since its inception, Sonya Blade has been a recurring character in the Mortal Kombat gaming franchise since the first game launched in 1992 for Arcade systems. Blade was one of the seven playable characters in the original and the franchise’s first female fighter. She appeared in all Mortal Kombat games, including Mortal Kombat 11, and countless other media associated with one of the goriest fighting games ever. So the fandom’s reactions to Sofia’s recreations aren’t all that surprising, considering just how popular Sonya Blade is.

Jessica McNamee portrayed the most iconic female video game character of all time in 2021’s Mortal Kombat movie, set to receive a sequel. And while McNamee is expected to reprise her role as Sonya Blade, we’d say that WB Pictures just found her a stunt double and an extremely talented one as well. Sofia’s incredible talent, no doubt honed to perfection by countless hours of training, helps breathe new life into Mortal Kombat 11, which received its final DLC over a year ago, and is nearing the end of its life span.

Things aren’t as bad for the Mortal Kombat gaming community; Mortal Kombat 11 is still one of the most played titles in e-sports events, and there’s some speculation about the possibility of NetherRealm Studios developing a Mortal Kombat 12 in secrecy. But now that someone has replicated Sonya Blade’s fighting moves, we have to ask the following: will Sylvester Stallone and Arnold Schwarzenegger replicate the moves of their respective Mortal Kombat 11 characters Rambo and T-800? It would be hilarious; however, we were taught not to laugh at the elderly. 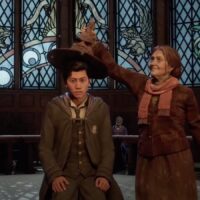 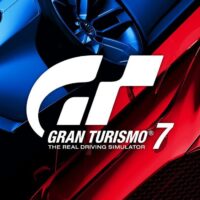 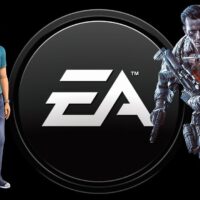