Marvel’s Midnight Suns Has Been Delayed

Taking the war to the children of the Underworld is going to take another half a year, a Twitter statement reveals. Marvel’s Midnight Suns is the latest triple-A Marvel collaboration scheduled to hit the mainstream after Marvel’s Spider-Man 2 and Marvel’s Wolverine (Insomniac Games) and will retell Howard Mackie, Len Kaminski, Chris Cooper, and Dan Chichester’s 1992 six-issue crossover event Rise of the Midnight Sons with an Everyman twist.

Unfortunately, development on Marvel’s Midnight Suns has been backed up a few, necessitating a change in release date from Spring 2022 to Summer 2022. Creative director Jake Solomon and senior franchise producer Garth DeAngelis of Firaxis Games issued a press release this afternoon detailing the circumstances behind the delay: creating an immersive user experience befitting of the classic storyline it was based on isn’t as straightforward as it sounds and would require the team to spend more time fleshing out cinematics, adding layers to the plot, and eliminating performance kinks. Like it or not, the clock has yet to strike 12 on Marvel’s Midnight Suns. Firaxis Games published the update on Twitter. Check out the complete statement below:

Marvel’s Midnight Suns is a tactical turn-based reimagining of the comic book origins of the Midnight Sons, a Marvel super-team composed of the Nightstalkers (Eric Brooks/Blade, Hannibal King, and Frank Drake), the Darkhold Redeemers (Victoria Montesi, Sam Buchanan, Louise Hastings, Jinx, and Modred the Mystic), three Spirits of Vengeance (Johnny Blaze and Danny Ketch’s Ghost Riders and Michael Badilino’s Vengeance), Doctor Strange, and Morbius the Living Vampire. This unironically incongruous group of persistent lone wolves were brought together by a common supernatural threat: Lilith, Mother of All Demons, returns and is scheming to take over the Earth with an army of Lilin, her demonic spawn. Danny Ketch experiences a vision foretelling Lilith’s invasion and warns the others.

The original Rise of the Midnight Sons, on which Marvel’s Midnight Suns is loosely based, didn’t involve as many heroes. The strategy video game reunites Ghost Rider, Doctor Strange, and Blade with the Avengers, X-Men, and Runaways (comprised of Iron Man, Captain America, Captain Marvel, Wolverine, Magick, and Nico Minoru) in pursuit of Lilith, but very little of everyone else. Though Firaxis Games has alluded to nothing of the sort, the rest of the original team may still cameo as unlockables as the main story progresses.

This condensed version of Rise of the Midnight Sons blames Hydra for the resurrection of Lilith; in the comics, the Mother of All Demons simply awakened from centuries of slumber after being imprisoned by Atlanteans in the Biblical Leviathan, where she would dwell dormant for thousands of years. Firaxis’s iteration also features an original protagonist separate from the main heroes: a rebellious Lilin called the Hunter, who had already taken down Lilith, their mother, once before.

Similar to Firaxis’s XCOM series and Sid Meier’s Civilization, Marvel’s Midnight Suns mixes turn-based RPG mechanics with picture-perfect cinematic gameplay; cards determine movesets and players navigate a map several squares at a time. It’s Fire Emblem meets the ability cards from Ultimate Marvel vs Capcom 3, complete with next-generation graphics. When not engaging in combat, players may roam the Abbey, the Hunter’s quarters and overall base of operations, and converse with other heroes. Like Fire Emblem, building relationships with the rest of the team yields better techniques and vastly influences gameplay. It’s definitely Marvel like fans have never seen before. Marvel’s Midnight Suns comes out on the second half of 2022. 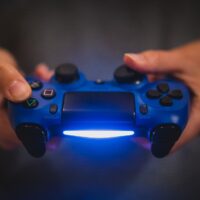