Marvel’s Avengers is embracing microtransactions for the worst possible reason: to make gameplay 10x easier for players unwilling to commit to the necessary grind. The 2020 Crystal Dynamics game is now permitting users to pay real money to purchase boosts capable of temporarily increasing experience (XP) or magnifying the number of resources collected while completing missions, defeating enemies, and exploring the map. The studio had previously sworn off paid consumables related to gameplay, only allowing microtransactions for accessories, alternate colors, new costumes, and other cosmetic improvements. Developers have since turned their back on this promise, much to the chagrin of fans. Marvel’s Avengers wasn’t a knockout in the first place, but letting users “pay to win” is definitely straying the line.

There is a reason Crystal Dynamics opted for XP and resource boosts in line with the game’s Xbox Game Pass release. In March, developers reworked the speed with which players are able to level up. Maxing out characters in Marvel’s Avengers used to require only a mission or two, but the process is no longer as simple or straightforward. Crystal Dynamics has increased the amount of XP needed to move on to the next level, starting at level 25.

With experience points suddenly more difficult to come by, devs have responded to consumer complaints about “nerfing” the system with an additional problem, almost like responding to an illness with a bottle of poison: users can now avail themselves of paid XP and resource boosts to make leveling up much easier. Fans are losing their minds on the official Marvel’s Avengers subreddit — for good reason. If the goal of these consumables is more XP, why not just rework the game to its original state where experience points are earned via combat, and not unnecessarily paid for with real money? Exactly the way most RPGs do it? Why resort to microtransactions?

Thing is, most role-playing games operate with a curve, as in the higher your level, the harder it becomes to level up. That’s basic. But Marvel’s Avengers regarded experience in terms of a straight line; this created significant pacing and difficulty issues where advancing felt too easy (and thus unearned) and skill points were being rewarded too quickly. The shift in gameplay difficulty was carried out in the hopes of making in-game choices more meaningful — like which part of the skill tree to invest in before others — thus forcing players to be more strategic.

Though a nudge in XP progression was always bound to receive criticism, the move is essentially sound as it encourages players to put in more work to claim certain rewards. The Division did it, and users couldn’t be more grateful. What is gaming without the challenges? But Crystal Dynamics ruined Marvel’s Avengers by offering paid consumables that can alter gameplay dynamic instead of simply letting players work the grind to win. Devs responded to the community on Reddit. “We did not change XP to increase grind for grind’s sake,” it reads. “Our initial blog was not comprehensive enough to convey what we were doing and why… so we caused confusion… we get it.”

Adding gameplay paywalls at this stage is the worst possible time for Crystal Dynamics to set off loyal consumers. Marvel’s Avengers had just released Hawkeye and ninth-generation reiterations of the game, and is on track to deliver a PlayStation-only Spider-Man upgrade toward the end of the year. But players have had their fill of the studio’s shenanigans and are presently up in arms on Reddit over the recent addition of paid XP and resource boosts. They don’t give a single damn about DLCs or any such complimentary enhancements, and only want the old Marvel’s Avengers back. Some have already uninstalled the game and are review-bombing on multiple platforms.

By guesstimate, Marvel’s Avengers will likely lose at least a third of its patrons by the start of 2022. If developers thought the boosts were the perfect accompaniment to the game’s recent XP progression changes, then they were sorely misguided. Regardless of the reason, it’s an unsound corporate decision to get customers to dislike you. Not even the most reasonable tangents can justify it. 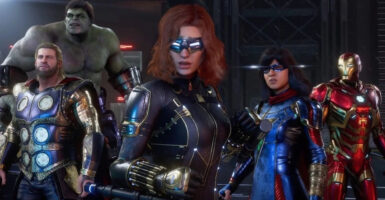 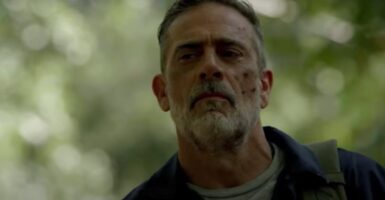 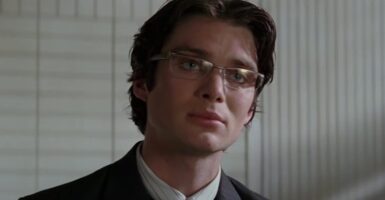