The long-anticipated Star Wars Jedi Fallen Order 2 game is expected to be released sometime around March 2023.

The long-awaited sequel to one of the best Star Wars games, Star Wars Jedi: Fallen Order 2, seems to be on track with its development, and EA is apparently planning on revealing more about the title in the future. This news comes from the industry insider Jeff Grubb, following numerous rumors and speculations about the highly anticipated gaming title being rushed and/or delayed. As of now, it appears that the game will be released this Spring, in less than five months.

According to The Direct, Grubb revealed that the Jedi Fallen Order 2 — possibly titled Star Wars Jedi: Survivor, as per our previous report — is still on track regarding its development cycle and that no delays are in sight. Respawn Entertainment and Electronic Arts, who recently announced another The Sims project, haven’t offered any official statements regarding the upcoming game in terms of a release date. However, Grubb claims that the title is scheduled for a March 2023 release window.

That’s a very short amount of time for a game that still hasn’t entered its promotional period, which usually coincides with its post-production stage. However, Grubb stated that EA plans its marketing in December before going right into the release of Jedi Fallen Order 2. As per his own account, there aren’t any major issues with the game’s build that could potentially cause any delays, like was the case with the Star Wars Eclipse — an in-development title we haven’t heard anything about for nearly a year now.

With the purported release window for Jedi Fallen Order 2 approaching fast, the fans should expect to see EA organizing a major event towards the year’s end to promote the upcoming game — sort of a surprise for the gamers. Konami did something similar with the Silent Hill 2 remake. The company announced out of the blue on live stream after years of turning down rumors and speculations about a possible remake being in development.

EA remained silent about Jedi Fallen Order 2 for the past five months, and the last thing the fandom got was the game’s trailer. So, if the company really plans to announce anything during the holidays, a gameplay video of the upcoming title would be nice, as well as an officially confirmed release date for a community to count down towards. For now, the fandom can count the days until March, though that release date is a mere speculation at this point, despite Grubb’s credibility, and it should be treated as such in the absence of any official confirmation.

As for plans to kickstart the promotion for Jedi Fallen Order 2, EA could promote the game at the next The Game Awards event, which would certainly steal the spotlight away from Elden Ring — a massive concoction of quality that the gaming industry lost — at least for a minute. The event is known for its promotional segment in which companies showcase their upcoming releases. It would be a perfect place for EA to fire up its marketing machine and jumpstarts the game’s promotional period, leading to a purported March 2023 release date. 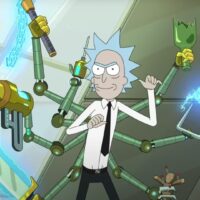