Hogwarts Legacy is going to take a bit longet to be released, but now the developers have announced a way that players can play the game early.

The upcoming Hogwarts Legacy is perhaps the biggest Harry Potter game ever, both in terms of size and quality, and the fandom is barely managing to keep their wizarding hats on from excitement. Unfortunately, this excitement was recently met with news of a crushing delay, which pushed the game’s release date to February 2023, but WB Games and Harry Potter Fan Club decided to remedy the situation by allowing gamers to get pre-sorted into their Hogwarts houses.

The WizardingWorld.com website published a blog post that explains that gamers can now link their recently made or pre-existing WB Games accounts and Harry Potter Fan Club accounts, thus transferring all their data — including the house they were sorted into. According to a report published by IGN, once Hogwarts Legacy releases, the gamers will receive an account link prompt at launch, allowing them to either scan a QR code or visit the website that appears on the game’s screen. Once everything’s linked up, gaming can begin.

We must admit that this is a very skinny compensation for the game’s delay. Apparently, WB Games feels the same way, which is why they offer two in-game rewards to gamers who carry over their data from Harry Potter Fun Club to WizzardingWorld.com. These rewards include a Beaked Skull mask and House Fan-atic School Robe. Additionally, gamers would also be able to transfer their personalized wands to the Hogwarts Legacy as well.

Hogwarts Legacy was announced back in 2022, and its narrative is set long before the events of the Harry Potter books and Fantastic Beasts trilogy. The game allows players to assume the role of a fifth-year student at Hogwarts School of Witchcraft and Wizardry, and while the narrative details are still scarce, we know who some of the game’s villains are. The list includes a goblin named Ranrok and Victor Rookwood and his faction of dark wizards. The game is likely to include lesser villains as well, though that’s merely speculation at this point.

The game was supposed to launch on all major platforms in 2021, but in January that year, Warner Bros announced that the game would be delayed to the 2022 holiday season. The reasons behind the delay were listed as final polishing and quality control checks, and the subsequent delay — the one that pushed the game into a 2023 release window — reflected the initial sentiment as those responsible for the title apparently needed even more time to finish up making Hogwarts Legacy.

The fandom is reasonably disappointed, but delays are always better than cancelations, which are, in turn, better than half-baked gaming releases that the gaming community has received recently. Unfortunately, the number of poorly-optimized and outright bad games and franchise installments in the past two years has been staggering and perhaps the highest in the gaming industry, so we’d like to remind the fans of Hogwarts Legacy that slow and steady wins the race when it comes to game development — no, CD Projekt RED, this doesn’t apply to you. Hogwarts Legacy is scheduled to release on February 10, 2023, for PC, PS5, PS4, Xbox Series X/S, and Xbox One. 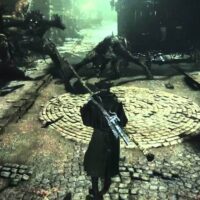 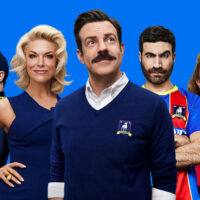