Rockstar Games previously announced that the “enhanced and expanded” versions of Grand Theft Auto 5 would release in late 2021. Following their announcement, the company’s annual reports revealed a release date for the titles; Grand Theft Auto 5 is finally coming to PlayStation 5 and Xbox Series X/S on November 11, 2021. That’s eight years after the game’s initial release for PlayStation 3 and Xbox 360.

The report comes straight from Rockstar Games regarding their upcoming GTA Online and Red Dead Online releases, which are scheduled to undergo a series of updates throughout the May and summer months. The later sections of the report, dedicated to Grant Theft Auto 5 and GTA Online for next-gen consoles, disclose the release date for both games. Additionally, the company’s report reveals information about the mysterious event that will take place in the upcoming next-gen GTA Online release, in honor of Grand Theft Auto III’s 20th anniversary.

Interestingly enough, the aforementioned annual earnings report, made by Rockstar Games’ parent company, Take-Two Interactive, discloses the release date for Grand Theft Auto 5 and GTA Online but doesn’t mention any of the alleged GTA 6 projects we’ve heard about. Of course, all the rumors are still coming from unverified sources, but the internet is blazing with map leaks from the alleged GTA 6 project that’s secretly in works at Rockstar Games. However, judging by the report, Rockstar Games seems more than content in driving out the value out of Grand Theft Auto 5 – an eight years old title.

Indicative of this are the company’s plans to release a standalone version of GTA Online for PlayStation 5 for free for the first three months. Unfortunately, the free-to-play period only applies to PlayStation 5, as a part of their subscription program, and not to Xbox Series X/S – one small victory for team PlayStation. Still, to compensate the PlayStation 4 owners, PlayStation Plus members with a PS4 copy of the game can earn GTA$1,000,000 each month by visiting the PlayStation Store. This is only applicable until November, when Grand Theft Auto 5 and its online-only counterpart GTA Online release for the next-gen consoles, with plenty of new content.

The announced enhancements for the upcoming releases likely feature improved graphics and several quality-of-life improvements. While exact Grand Theft Auto 5’s enhancements weren’t listed, GTA Online is going through several changes, including the re-introduction of car culture, which would allow users to customize and upgrade the performance of their rides. The game will feature eight new Stunt Races, seven new Deadline arenas, and an expansion of the Survival mode, allowing players to eradicate waves of armed resistance throughout new locations in Los Santos and Blaine County. Image Tower Defense, but Grand Theft Auto.

According to the critics, Grand Theft Auto 5 was among the best seventh-generation console gaming titles. With the emergence of the eighth generation of consoles (PS4 and Xbox One), many considered GTA 5 a fantastic closing title of the previous generation. However, the game’s persisted popularity warranted a PlayStation 4 release, and now, several years later, a PlayStation 5 release as well, making Grand Theft Auto 5 a title that spans over three generations of gaming consoles. 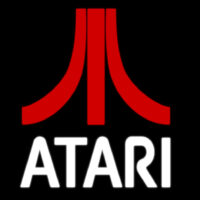 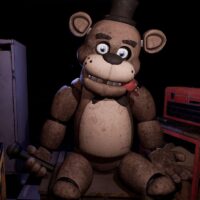