Gotham Knights will be capped at 30fps and have no performance mode on consoles.

The fans of the Caped Crusader are thrilled to receive a game featuring numerous Batman villains, despite the Gotham Knights’ divergence from the traditional RPG mechanics. Now, console-playing fans of the game have an additional reason to be disappointed since it was recently announced that Gotham Knights wouldn’t have a performance mode on consoles. This means that the game’s rendering will be locked at 30 frames per second, and fans aren’t exactly thrilled about the idea.

According to IGN, the news about Gotham Knights lacking a 60FPS mode was first spotted by numerous industry insiders before Warner Bros. Games made any official comments about the issue that was on the gamers’ minds. Many have previously noticed that the performance mode was absent from the console version of the game, and Warner Bros. Games avoided answering the fans’ performance mode-related questions. However, the company’s representative has officially confirmed that the game will be locked at 30FPS.

Fleur “Flaoua” Marty, the Gotham Knights’ executive producer, finally addressed the issue on the game’s Discord channel, stating that the performance mode won’t be available on consoles. She elaborated that the lockout was implemented due to untethered co-op features in the highly detailed open world. According to her statement, lowering the resolution to gain more FPS isn’t as straightforward due to technical implementations within the game, which results in the aforementioned lockout at 30FPS.

Of course, this didn’t sit well with some fans, mostly because Gotham Knights is a timing-heavy game. However, it’s worth pointing out that Gotham Knights isn’t the first timing-heavy game; in fact, timing-heavy titles existed long before games’ graphics became 3D. Sure 60FPS isn’t exactly a novelty, most older 2D titles were actually capable of running at 60FPS, but as the games’ complexity increased, 30FPS became the norm — and remained for the better part of the last three decades. This means that, despite not being a novelty, gaming at 60FPS isn’t a necessity.

In fact, most gamers, even if they are 60FPS purists, would agree that the game only needs to provide a consistent 30FPS framerate to provide an unhindered gaming experience. Sure, the differences are noticeable since 60FPS is a lot smoother compared to 30FPS, but consistency is key to good graphics. What’s the point of having 60FPS if the game stutters in most critical gaming moments? In the end, regardless of where you stand on the issue of FPS, the players have gotten used to being able to choose their visuals on recent-gen systems.

And that’s precisely the issue; most major games offer a 4K resolution mode quality mode and a 60FPS performance mode. Gotham Knights developers decided to go old-school gaming style and implement a single graphics mode that offers plenty of visual fidelity at the expense of higher frames per second. With everything said, it’s not outside the realm of possibilities for the upcoming game to receive a Performance mode in one of the future updates. In fact, many games have added this seemingly important gaming feature post-launch.

The upcoming Gotham Knights will launch on October 21 on PlayStation 5, Xbox Series X/S, and Microsoft Windows. The development of PlayStation 4 and Xbox One versions of the game was previously canceled. 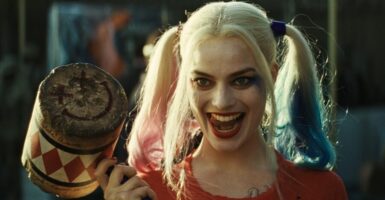 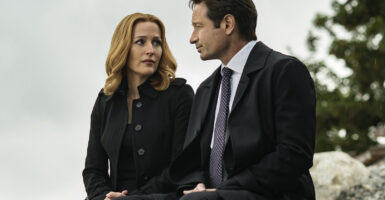