Gotham Knights might be missing a Batman, but this trailer shows it has a whole lot of villains to take care of.

A new Gotham Knights trailer was released at Gamescom 2022 this week, the same event that showcased the trailer for the upcoming Dune MMO. The new trailer, apparently narrated by Batgirl, mostly features her and Red Hood on the hero side and plenty of villains from Batman’s universe. Additionally, the game trailer also revealed that the release date was moved up by four days, and while it’s not a major shift, an earlier release is always more welcomed.

The trailer was (once again) shared by PlayStation’s official Twitter account, revealing that the quintet of Gotham Knights protagonists will have a lot of villains to deal with, ranging from lesser-known bad guys to some of the universe’s most famous villains. This shouldn’t come as a surprise, considering that the world of Gotham Knights is supposed to be the biggest one yet, making it reasonable to include as many bad guys as possible to populate the massive in-game world. Some of the more prominent faces include Harley Quinn and Mr. Freeze.

But the bad-guy list isn’t limited to just those two. Gotham Knights will also feature Professor Pyg, one of Batman’s well-known adversaries, as well as Clayface, the clay-like bodied shapeshifter — though the trailer doesn’t state which incarnation of the villain appears in the game. Mr. Freeze is represented as a villain from his days-most-cold, suggesting the point in time before he made peace with his wife’s condition. Harley Quinn, on the other hand, is also depicted as a major villain of the game, despite her romantic outings with Nightwing (and Batman on several occasions).

Interestingly enough, the trailer depicts a masked figure in a purple fraque (a morning coat), suggesting the appearance of the Joker. Admittedly, the appearance of Batman’s anathema in Gotham Knights wouldn’t make any sense since Batman himself is dead in the game’s narrative. It’s safe to assume that Joker is too. Whether or not that’s actually true remains to be seen, but IGN did report that the Joker won’t be making an appearance.

Ultimately, any number of villains has the potential to appear in the upcoming Gotham Knights, and apart from what we’re shown, it’s practically impossible to guess which will be featured in the game. Nearly all characters that appeared as villains have a bone to pick with a Caped Crusader, and most of them are harboring hard feelings against the Bat Family anyway, waiting for their opportunity to strike now that Batman isn’t around.

With all of that said, the game’s primary antagonists aren’t the aforementioned villains but the Court of Owls, an ancient conspiracy that has controlled Gotham for at least four centuries. The cabal is known for clashing with Batman on multiple occasions, and we’re allowed to speculate that they might be responsible for his in-game death. Whether or not that’s truly the case remains to be seen once the game releases on October 21, four days sooner than the original release date, October 25. Gotham Knights is scheduled to release on PC, PS5, and Xbox Series X/S. 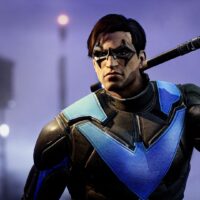 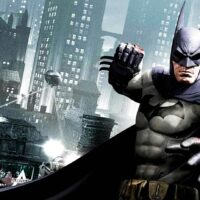 A Fake Batman Game Is Taking Over Gaming Fandom 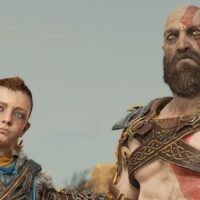 See The New Intense Combat For God Of War Ragnarok