The spirit of animu has taken over the Google homepage ahead of the Tokyo Olympics. Last year’s committee is celebrating unity and sportsmanship in times of pandemic by giving players free access to a Google Doodle 16-bit Japanese role-playing game (JRPG) inspired by local mythology. Developers worked with Studio 4°C on the animated cutscenes while Qumu handled the score. Google launched its “largest interactive Doodle ever” this morning. Entitled Doodle Champion Island Games, the Google Doodle video game can be accessed on both a computer and a smartphone device. It’s fully playable and is navigated using either the arrow keys and the space bar or the touch screen. Nothing like using Japan’s biggest export to foster healthy competition between contending countries.

This year’s commemorative Google Doodle tells the story of Lucky the Ninja Cat, a fleet-footed Calico. The opening cutscene shows Lucky traveling to the mountainous Champion Island by boat to participate in the aforementioned Doodle Champion Island Games, the yokai equivalent of the Olympics. The contest arena is surrounded by a teeming village, a crowded festival, and seven genre-specific locations. The games themselves are conducted in an expansive Shinto temple. Google Doodle players can enter houses and interact with NPCs, much like a conventional JRPG. There are four factions to choose from: Blue (led by Ushi, a bull), Red (led by Karasu, a crow), Yellow (led by Inari, a fox), and Green (led by Kappa, a Japanese turtle spirit). Players can track their faction’s performance on a global leaderboard. Right now, Yellow is winning, with Red tailing closely.

Like most iterations of Google Doodle, the minigames themselves are designed to be as rudimentary as possible, to appeal to casual gamers and competitive diehards alike. There are seven overall, each with their own reigning Champion: table tennis, skateboarding, archery, rugby, swimming, climbing, and marathon running. Defeat a Champion and you will be duly rewarded with a sacred scroll, and a statue of Lucky in the main square where said Champion used to stand. Also, you’ll get some Dango (Japanese sweet dumplings).

Props to Google Doodle for going the extra mile this year. As it so happens, each Champion comes with their own backstory, personality, and corresponding territory. For instance, the Champion of table tennis is Tengu, a red-skinned demon with bird-like wings and a disproportionately long nose. His version of the sport involves having to deflect multiple balls at once. He can be found chilling in a shrine flanked by bamboo trees. Tanooki, on the other hand, rules the subtle art of skateboarding. He resides at a skate park in a stunning Meiji-era cityscape.

To win, players will have to perform tricks — grind rails, do ollies, and go freestyle — and beat his high score. Japanese sailor Yoichi, the undisputed master of archery, requires Lucky to shoot down moving targets on the open sea. He hangs around near the coast. The Grand Champion of artistic swimming, if there ever is such a thing, is Otohime, an undersea princess with an eye for rhythm games.

Rugby, on the other hand, involves working with NPCs. Win one Google Doodle match and you get a scroll. The blue and red Oni can be found in the heart of an active volcano. Fukuro, a Ural owl specializing in rock climbing, will test your hand-eye coordination. Players will have to dodge rolling snowballs and avoid plummeting to the sea as they aim for the pinnacle of a mountain. And finally Kijimuna, an Okinawan wood spirit. Defeat his tribe in a high-octane foot race — avoid getting your paws caught in the sand! — and you have officially conquered yokai Japan’s version of the Tokyo Olympics. Google Doodle routinely honors events, people, and popular culture on its homepage, yet there’s no denying developers have truly outdone themselves this time.

Google Doodle Champion Island Games launched on the site homepage at 9PM PT on Thursday, July 22. Better head on over and pick a team before the feature goes away! 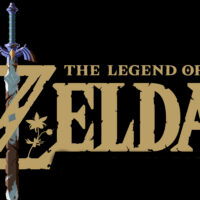 EA Is Leaving Out Their Biggest Property At A Major Showcase 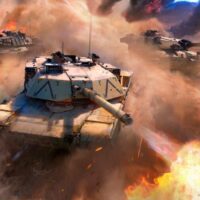