Fortnite, the King of Crossovers, is now adding a Martin Luther King Jr. experience to the game, allowing gamers to celebrate the life and work of a Nobel Peace Prize recipient in a new interactive experience presented by TIME Studios. And while the event aims to educate players on Dr. King’s extraordinary life, it also created controversy, which now surrounds the event.

The announcement of the March Through Time event came through Epic Games and PlayStation Blog, stating that the event acts as a virtual museum for players to explore Washington in 1963, at the height of the Civil Rights Movement – a struggle for social justice centered around the charismatic leadership and philosophy of Martin Luther King Jr. Besides being a commendable all-new experience within Fortnite, the event also drew some negative attention on Twitter, creating controversy.

Per Epic Games and PlayStation Blog articles, the event will teleport Fortnite players nearly 60 years into the past to a re-imagined Washington, DC, allowing gamers to witness the Civil Rights teachings of Dr. Martin Luther King Jr. Additionally, players will be able to travel to the Lincoln Memorial and the United States National Mall, where Dr. King made his iconic “I Have a Dream” speech, which centers around an entirely new questline for players to complete. Completing said challenges will unlock a D.C. 63 spray for players’ lockers.

And while the March Through Time D.C. 63 Fortnite event has educational purposes, many are confused about the event, while some feel that TIME Studios took things too far. While some users think that the shooter nature of the game doesn’t really match well with the circumstances of Martin Luther King’s assassination, others believe that “corporate America thinks Black Liberation is a GAME.”

Some users even pointed out the possibility of less compassionate Fortnite players shooting Martin Luther King during his “I Have a Dream” speech if the developers ever make an authentic recreation of the event.

However, it’s pretty reasonable that Epic Games and TIME Studios took potential mischievous behavior into account, so instead of recreating the entire event, The Lincoln Memorial site in-game features a giant screen playing the video recording of Martin Luther King giving his iconic speech. You can check one gamer’s take on the MLK experience below:

The D.C. 63 event actually gives homage to March on Washington for Jobs and Freedom, which took place in 1963 – an event that’s credited with propelling the U.S. government into action on civil rights. It created political momentum for the Civil Rights Act of 1964 and the Voting Rights Act of 1965.

So, it would seem that Fortnite, which usually crosses over with pop-culture elements, like Superman, alien abductions, and Ariana Grande, also hosts educational content. And while Twitter continuously erupts over the Martin Luther King event, some users show full support, stating that any effort to share King’s lessons help educate children on the Civil Right Movement, despite potential interference of hate-groups within the game experience itself – something Roblox has been dealing with for quite some time now. 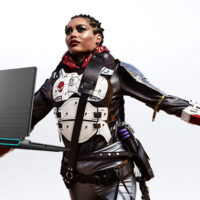 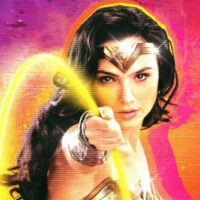 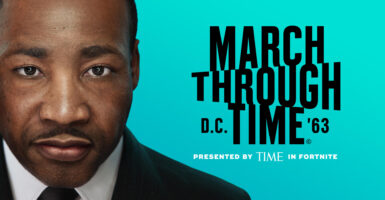 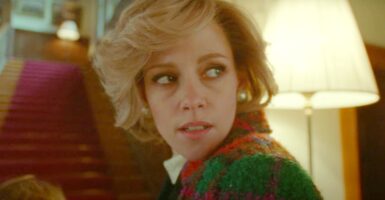 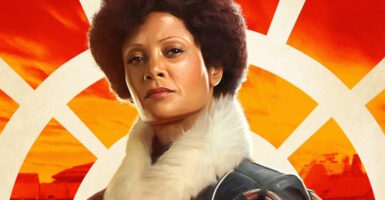