During the most recent, four-hour-long livestream about Final Fantasy XIV, the massively multiplayer online role-playing game, the producer Naoki Yashida mentioned that all constructive feedback from the players is greatly appreciated. However, he did make a special request regarding harsh language and verbal abuse aimed towards him and the rest of the development team to stop.

According to Kotaku’s report, Yoshida mentioned that after the Endwalker expansion’s brief delay, the haters came out throwing stones at him and the rest of the development team behind Final Fantasy XIV and the Endwalker expansion. The harsh language, as Yoshida pointed out, can actually egg on others, causing further harm. This probably has something to do with Square Enix pulling Final Fantasy XIV from sales due to the game’s crushing popularity and the influx of new players switching over from World of Warcraft: Shadowlands, influenced by the ongoing legal issues surrounding Activision Blizzard.

The Final Fantasy XIV producer used an interesting analogy to explain why harsh language shouldn’t be used so openly. The analogy Yoshida gave is that if you left a junked-out car in the center of a big city, and he referred to New York, the car will be destroyed even more by others. At one point, this type of vandalistic behavior would become acceptable, allowing others to participate in the further destruction of the vehicle.

Admittedly, Yoshida isn’t all that far from the truth. He’s actually spot-on; gamers are a tough and often relentless audience, and when they go off on a game, it’s the developers who end up on at with the pointy end of the stick, poking at their backs. He also added that some mistakes had been made, but the place that the game has arrived to over the past 11 years doesn’t warrant the use of harsh language. It makes the developers feel defeated, unmotivated, and the feeling of satisfaction when they’re making the game for all gamers. According to the producer, some devs are impacted by the negative commentary because they feel they’re doing their best for the players and that their best simply isn’t good enough.

Somewhere along the way, Twitter’s Cancel Culture managed to wiggle its slippery and stinging tentacles into the world of gaming, creating something that can be described, at times, as a toxic environment. Gamers should remember that devs are also gaming fans, most of which entered the industry out of love for video games and gaming culture. For better or worse, and with negative commentary it’s always for the worse, devs are sitting right between the money-hungry executives of a company that’s paying for the game’s development, and the gaming audience, who wants their title now, fully optimized, released on time, and preferably for free.

Of course, praise where praise is due, and the same goes for criticism. Both Rockstar Games and Electronic Arts could’ve done better jobs at optimizing their most recent respective releases, the GTA: The Trilogy and Battlefield 2042. But Naoki Yoshida and his development team delivered a working game, albeit a bit late. And when it comes to gaming, late is always better than poorly optimized. GSC Game World recognized this and postponed the release of STALKER 2 up to December 2022. In the end, the Final Fantasy XIV producer had one request: before you press “Enter” after writing a comment, remember that your comments are directed at your fellow humans. “I’m not saying to praise all the developers as there are also mistakes, but it would be helpful if people thought about the way they convey their feelings.” Constructive criticism is fine. Being an obnoxious douche about it isn’t. 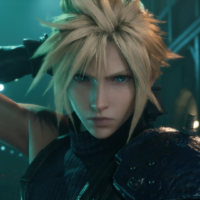 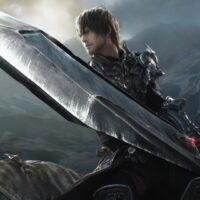