It would seem that we’ve entered the age of reboots, remakes, and remasters some time ago, seeing how the entertainment industry gives new clothes to old titles. Square Enix, one of the largest video game developing studios, certainly didn’t miss the memo, seeing how they rebooted some of their most popular titles, like the Tomb Raider and Final Fantasy franchises. The list of their new and improved releases now includes Final Fantasy VIII Remastered, aimed at smartphone users. That’s right, now you can play Final Fantasy VIII on your phone.

As reported by The Verge, Final Fantasy VIII Remaster is now available for both iOS and Android smartphones and at a discount price of $17, a price that’s set to jump at $21 on April 5th. This release sits between 2020’s Final Fantasy VII Remake for PS4 and the 2021’s release for PS5 (set for June 10th, 2021). However, it’s not the first remake of Square Enix’s game titles aimed at smartphones.

Square Enix has a long history of mobile and smartphone releases, counting over 92 entries, featuring both remakes and original titles. Their previous smartphone remakes include 2016’s Final Fantasy VII and IX on Android, while VIII had been still missing from the collection. The latter finally arrived, though with it came some limitations as well as some improvements.

The original Final Fantasy VIII released back in 1999 for the first PlayStation, receiving critical acclaim and selling a total of over 9.6 million copies worldwide. A PC port version of the game followed in 2000 and the game’s worldwide re-release for various gaming platforms happened in 2009. It was voted as one of the best video games in several categories by both players and critics. The iOS and Android versions of the game, released on March 21st, are actually a port of the PC version released in 2000.

According to the game notes, the game’s total size is 2.6GB, with the possibility of additional downloads, so make sure you have enough space on your device. Cloud-saving and controller support are currently omitted from the game, but the game’s notes state that the options will be included in future updates. And while you’re getting a complete port of the original PC version of the game, there are some glitches and limitations to the current gameplay, most notably the Chocobo world’s absence. Other glitches are listed in the game’s FAQ and only pose minor nuisances that will be addressed in future updates.

Overall, the fans are thrilled to complete their Final Fantasy collection on their phones, and the newest addition is well-received. The current reviews praise the game, even when users play it on older devices. So, if you’re a fan of the Final Fantasy franchise with a love for smartphone gaming, grab your copy of Final Fantasy VIII Remastered while it’s still on sale. 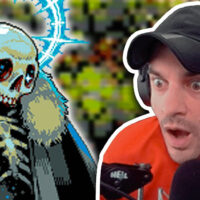