Final Fantasy Is Getting A Dark Souls Type Game

Ever played Final Fantasy XV and wanted more hack-and-slash as opposed to turn-based RPG? In that case, you are going to love the Square Enix panel in this year’s E3. A big-name leaker from France confirms a Final Fantasy action role-playing game in the style of Souls and 2019’s Star Wars Jedi: Fallen Order is in development over at Koei Tecmo. Square Enix is collaborating with Koei subsidiary Team Ninja (Ninja Gaiden, Nioh) in the hopes of carrying over what made Final Fantasy XV a multimedia phenomenon to the newly-minted PlayStation 5. (A PC port is also in the works.)

Sources close to Fanbyte were able to substantiate the claims. The team behind 2018’s Dissidia Final Fantasy NT (and the first two Nioh games) is heading the project. The one-time Final Fantasy fighting game was the first time Square Enix and Team Ninja had ever worked together. Dissidia NT’s battle mechanics were redesigned to still mimic an action RPG, featuring customizable attribute-based playables, actual parties, and an impressive leveling-up system.

Team Ninja wasn’t involved in the creation of Final Fantasy XV, but is familiar with the revamped gameplay system. Nioh pretty much operates under the same cut-and-dried set of rules: outfitted armor and weapons, working experience points, quests, a challenging hack-and-slash, and a vast open world to scour for weeks on end. Final Fantasy Origin will be adopting the same formula, but with — presumably — Souls level of difficulty. Ever played a Final Fantasy rage game? Origin is about to be your first.

Various uncorroborated E3 announcements are getting more frequent as the yearly industrial tradeshow draws near. Several key details from the Origin project were somehow made public, including the game’s purported logo and projected demo plans. Reddit and online forum Reseteca were the first to hear about a Souls-esque Final Fantasy RPG long before game journalists picked up on the news.

Final Fantasy trended on social media over the last few days, and the rumor-mongering is as animated as you’d expect from diehard Final Fantasy junkies. Twitter alone is doing half the marketing for Square Enix ahead of E3 this June. With Dark Souls mechanics now tied to the project, players are expecting “the most violent FF to date” and character designs courtesy of Kingdom Hearts’s Tetsuya Nomura.

One thing’s for sure: with four Final Fantasy games scheduled to release on the PS5, Sony is ripe for an overdue increase in sales. The PlayStation 5 doesn’t have much of an inventory at the moment, but with more Square Enix coming up, that’s bound to change soon. This year’s Electronic Entertainment Experience will abide by social distancing regulations and will be virtual-only. The event is free and accessible to the general public from June 12-15. 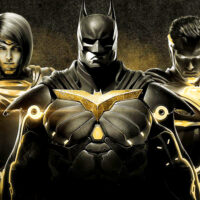