According to Polygon, the game didn’t only appear on Steam, but it also bears Steam Deck “Verified” status, meaning it’s fully functional on Valve’s handheld PC and works great with the handheld’s built-in controls and display. The original Final Fantasy 7 Remake launched on PS4 in April 2020, following a lengthy development cycle, and was very well received as a thoughtful reimaging of the classic RPG title. It’s worth mentioning that, in light of Resident Evil 7‘s current upgrade turmoil, Final Fantasy 7 also received PS5-specific performance upgrades.

For those that aren’t acquainted with recent Sony developments, gamers that have acquired Resident Evil 7 as part of the PlayStation Plus Collection for PS5 can’t currently upgrade their games to meet PS5 gaming standards due to Sony’s imposed limitations. Those limitations don’t apply to gamers who bought a standalone physical or digital copy of the game. The same thing happened with Final Fantasy 7 Remake; those that bought a standalone copy were entitled to an upgrade, and those who bought it as part of a gaming collection weren’t.

Sony’s decision didn’t really sit well with the game’s fandom, and Sony decided to revise their decision regarding the Final Fantasy 7 Remake, but the fandom considered the decision too small and too late to count. Of course, this doesn’t relate to the current Remake Intergrade for Steam Deck, but Sony’s aggressive and somewhat deceitful monetization tactics are always worth pointing out. The PC version of Final Fantasy 7 Remake Intergrade was previously launched on PC in December 2021.

It immediately broke the decades-long tradition of Japanese PC ports being awful gaming titles that ran on low resolutions and terrible framerates. In fact, the PC version of Final Fantasy 7 felt well-optimized of the PC, from the performance standpoint, and it really brought out the amazingly beautiful gaming levels, despite them being enclosed and designed for pre-2013 consoles. Unfortunately, what really struck the gamers was a lack of graphical adjustability.

Games like 2013’s Tomb Raider, 18-years-old World of Warcraft, or any PC game that was released in the last decade had insanely customizable graphics options. But not Final Fantasy 7 Remake on the PC. In fact, its graphical options were very limited, and gamers could run the game at either 30fps, 60fps, 90fps, or 120fps. However, the game also had dynamic resolution scaling, which gamers couldn’t disable, so those who tried running the game at higher fps rates saw a decrease in resolution quality. Hopefully, the same kinds of limitations won’t make their way to Final Fantasy 7 Remake on Steam Deck, and if they already have, it would be nice of Square Enix to patch the game and allow further graphics customizations. 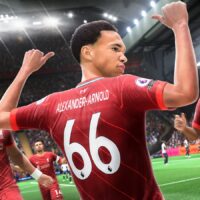 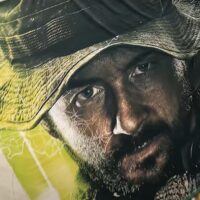