Eminem was hoping to make a Grand Theft Auto movie over twenty years ago, but Rockstar Games wouldn't allow it.

Over twenty years ago, Slim Shady wanted to be a movie star, but Hollywood told him to please sit down. According to a report by MovieWeb, a potential Grand Theft Auto movie starring Eminem and directed by Top Gun director Tony Scott was pitched to Rockstar Games, who ultimately turned it down. Flash forward to 2022, where we have two Sonic the Hedgehog films but no GTA movies, and we all have to wonder why.

It’s amazing that this story took two decades to surface, but it finally did, thanks to the Bugzy Malone’s Grandest Game BBC podcast, hosted by the rapper and featuring discussions on video game fandom. In the latest episode, game developer Kirk Ewing (the man behind the game State of Emergency) provided the backstory to the proposed film. He’s a close friend of Rockstar founders Sam and Dan Houser, and Rockstar released State of Emergency, so he had some first-hand insight into what happened.

In 2001, after the release of Grand Theft Auto 3 (which was a smash hit), Rockstar entertained the idea of a GTA movie adaptation. According to Ewing, an unnamed producer approached them about a possible film, and having both Tony Scott and Eminem on board was likely enticing. However, the Housers passed on the idea, and while he didn’t elaborate into specific reasons, he did say that they believed the video game franchise would be far bigger than any single movie.

The Housers were right; the popularity of the GTA video game series was far bigger – and more lucrative – than any film. Since the release of the original game on the Playstation 1 in 1997, Grand Theft Auto has become a billion-dollar franchise, and the resulting series of games has sold over 370 million copies and ranks as the fifth best-selling video game franchise of all time.

At the time, Rockstar Games was also likely thinking about protecting its video game brand. Although he was already a famous rapper in 2001, Eminem had yet to make 8 Mile or prove himself anywhere else but a concert stage. Video game movies at the time were also not very good – MovieWeb points out that Mortal Kombat: Annihilation and Jean Claude Van Damme’s Street Fighter had both flopped in the years prior to this point in time – so Rockstar likely did not want to undercut a winning brand with a cheesy adaptation.

The film’s content may have had something to do with it as well. It’s one thing to play a game with over-the-top violence, and it’s quite another to portray that in live-action on a movie screen. A Grand Theft Auto film would likely trigger outrage and reignite the debate about violence and misogynistic content in video games, which Rockstar likely did not want attributed to their games in 2001, when the post-9/11 atmosphere had the country in a much different state of mind.

Since then, Eminem has proven himself to be capable of pulling off a movie role, although some film projects still had issues in development. A planned reboot/sequel of The Crow failed to materialize, which would have featured both he and DMX in a hip-hop centric take on the story.

The recent run of successful video game adaptations to film and television may convince Rockstar that now is the time for a Grand Theft Auto film, with or without Eminem this time. Meanwhile, gamers will have HBO’s The Last of Us and the upcoming Super Mario Bros. Movie to tide them over. 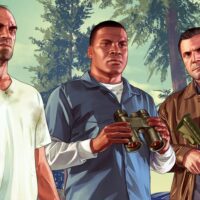 Henry Cavill Was Nearly In Twilight, Find Out Who He Was Going To Play 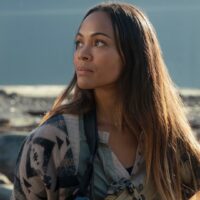