We’ll set aside the price point discussion for later. According to Kotaku, the newest iteration of Elder Scrolls: Skyrim, one of the most beloved open-world RPGs ever, came to Nintendo Switch, along with a bunch of DLCs, mod content, and fishing. Those interested in purchasing the game are getting the very same content the rest of the gaming world bought last year, however, there are some notable differences that have riled up the fandom. Actually, there’s only one point of contention right now, and that’s regarding the game’s price.

Elder Scrolls: Skyrim was originally released in 2011 for PC, Xbox 360, and PlayStation 3, and has become a massively successful hit. Ever since then, Bethesda did its best to milk the gaming experience offered by its RPG to the bare bones, by releasing a new version of the game every two or three years. It’s quite evident why the company does what it does — just like any other gaming developer, it’s after the customers’ money. Admittedly, it’s doing a great job of achieving its monetary goals.

In fact, its exploitation of Elder Scrolls: Skyrim isn’t the worst one ever — which isn’t something we can say about the company’s Fallout 76. The Fallout series suffered greatly in the last few years, and there wasn’t a single well-optimized release that didn’t require a ton of patch-up work to make the gaming experience worthwhile. Fallout 76 was actually in the same sorry state at launch, but the gaming community got so accustomed to Bethesda’s practices that they even defended the game by saying that it will “mature” and “become better with time.”

In the end, money makes the world go round, and as long as we’re paying for their botched-up releases, and not pressing for refunds, the gaming companies are going to exploit every possible opportunity to get in our pockets. And now we’re discussing the price of Elder Scrolls: Skyrim for Nintendo Switch. Most Switch games were always priced at a premium, and Elder Scrolls: Skyrim is currently priced at the $60-premium barrier. Please note that we’re discussing the standard edition of an 11-years old title on a five year old console — for $60!

Elder Scrolls: Skyrim Anniversary Edition is priced at $70, which, considering the previous arguments, is ridiculously expensive. Additionally, the same game is priced at only $50 on PlayStation 5 and Xbox Series X/S, and its next-gen upgrades were absolutely free. Those who already own Elder Scrolls: Skyrim on Switch can now upgrade the game to the Anniversary Edition for an additional $10. It’s still unknown who actually bumped up the price of the game. Was it really Bethesda, or did Nintendo have a say in the pricing?

Whatever the case may be, the increased pricing of Elder Scrolls: Skyrim on Switch, the Cyberpunk 2077 fiasco, and the constant widespread gaming delays only go as far as to show the sorry state of the gaming industry. We’d like to point out to our readership that we’re all part of the gaming industry, and we all bear the responsibility for gaming companies’ shady business practices. With that said, we conclude our report; this discussion will continue when Elder Scrolls: Skyrim Two-Decades Edition comes out. 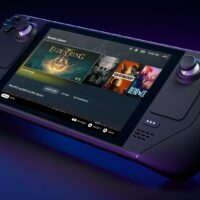 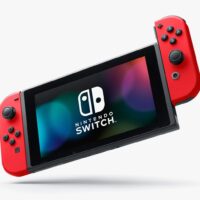 Super Nintendo World Theme Park – When Will It Open? 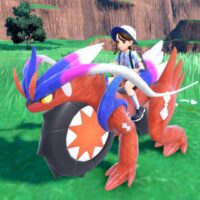