Elden Ring just wouldn’t be a FromSoftware game without incredibly difficult bosses. Which is why players thought it was strange they were getting past Starscourge Radahn with relative ease. The demigod and legendary warrior should probably be one of the more difficult challenges in the game, but it appears he was slightly nerfed. However, the recent Patch 1.03.3 restores Radahn to his full glory, so players can now face him as the devs intended.

If you faced Radahn while he was nerfed, consider yourself lucky. If you were having trouble with Radahn before the patch, well, your fight isn’t going to get much easier. The strange bug in Elden Ring that nerfed his power lasted from March 17 until the patch’s release on April 4. Starscourge Radahn served as a boss of Redmane Castle and the bug caused some of his attacks to have reduced power along with causing him to have smaller hitboxes. The patch has balanced these issues, so now the Radahn fight should function normally for players from now on.

Elden Ring is easily one of the best-reviewed games of the year. It currently has a 96 score on Metacritic and a 7.9 user score for the PS5 version. The PC, PS4, Xbox One, and Xbox Series X versions have similar scores. With the reception Elden Ring has received, it wouldn’t be surprising if it nabbed Game of the Year from multiple publications and award ceremonies.

Elden Ring is the first open-world game for FromSoftware, taking its difficult gameplay, fantastical creature design, and subtle world-building to a freer environment. The game has been billed as a great entry point for newcomers who haven’t played a FromSoftware game yet or those who haven’t liked the formula in the past. Make no mistake though, the game is still incredibly difficult and won’t change everyone’s mind.

The nice thing about Elden Ring is the open-world lets you level up and grind in different areas if you ever come up against a boss you can’t handle, whereas a boss like this in other Souls-like games would halt your progress. Plus, you get tons of hours from the game. Many players take at least 50 or so hours, with others stretching that time to 70, 100, or more.

Elden Ring also has the interesting credit of legendary fantasy author George R.R. Martin contributing to the lore and story of the game. While Game of Thrones fans might wish he’d spend his time elsewhere, it’s definitely a cool detail that other games can’t claim. Elden Ring was directed by Hidetaka Miyazaki, who has helmed the Dark Souls series, Demon Souls, Bloodborne, and Sekiro: Shadows Die Twice.

If you’ve enjoyed any of these games in the past, you’d probably love Elden Ring. As evidenced by the recent patch, the devs are fully committed to providing the difficult and rewarding experience that fans have grown to love/hate. Now you too can get repeatedly destroyed by Starscourge Radahn until you either triumph or smash your controller in frustration. 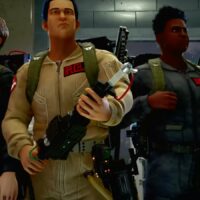 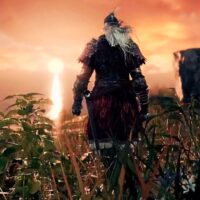