EA and FIFA have decided to part ways, and the fallout from that split has already begun to take shape. FIFA must now scramble to find a big enough publisher to keep pushing forward their soccer game franchise. EA, on the other hand, is renaming its future titles to EA Sports FC. They are keeping nearly all their licensing with the thousands of players, clubs, and stadiums that have been featured in their games. While it seems that EA would not be affected, it has been reported that over 100 customer service workers at the EA Austin office will now see their jobs become outsourced.

The split between EA and FIFA will likely see a ton of turnover for both sides, as there had been a 30-year partnership that must now be considered, which likely includes a huge number of people that had likely been working on the soccer franchise. The VP of customer experience at EA, Joel Knutson, sent out an email about the layoffs. According to Knutson, “We continuously evolve to deliver better experiences for our fans and are improving our support model,” he added, “In order to reduce complexity and increase our efficiency, flexibility and scalability.” This was followed up by claiming the redundancy of having customer service positions in the states for FIFA, which were also the same for the EA Galway, Ireland office. These customer service agents help those in the European countries, so it appears as if that was also happening at the Austin office.

Although the 100 employees were let go so that EA can downsize and figure out its next moves after the split, there have also been 10 jobs related to the mobile game scope that the employees can apply for. A rep from EA also commented on the layoffs. According to the rep, “The changes in our customer support function are not tied to any one gaming franchise, nor are they connected to our EA SPORTS FC announcement last week.” Companies are always having to state things like this, but it stands to reason that there are going to be some casualties in the wake of such a massive split. EA and FIFA held the most successful gaming partnership in video game history, and there are likely employees from both sides that are going to be let go as a result of this partnership ending.

EA must now use employees that have nothing to do with the FIFA side of the game, which is the case for the FIFA side as well. The good news is that both are going to continue making soccer games, so it could mean that more jobs are going to open for both in the near future. Someone who has worked on a FIFA title and knows the game might find their way to whatever title FIFA develops next. Their plan is to release some World Cup-based titles this fall and follow that up with a brand-new title in 2024. Those are lofty ambitions, but it could mean plenty of work will be provided.

EA might just be going through a bit of a scaling back phase to prepare for the upcoming title it has promised in 2023. EA Sports FC will continue its yearly release schedule, and the sports gaming giant has promised the first reveal will happen in June of 2023. Hopefully, this means that these layoffs are only temporary and those who have lost their jobs will be welcomed back sooner rather than later. 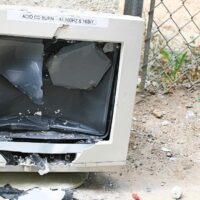