After months of speculation, rumors, and teases, it has been finally confirmed — Dwayne The Rock Johnson is the voice of The Foundation. The reveal came in a dramatic conclusion to Fortnite‘s Chapter 2, in which his character, The Foundation, played a pivotal role in saving reality by literally flipping an entire island upside-down. Exaggeration? Nah, we knew he could do it.

You can see the entire video below:

Admittedly, Dwayne Johnson being The Foundation is one of the worst-kept secrets in the game, and his face was finally fully revealed in the video. According to Kotaku, The Foundation played a pivotal role — pun fully intended — in today’s one-time-only event in Fortnite, called “The End.” He appeared at approximately the 5:35 timestamp in the video to free Jonesy from the sinister Dr. Sloan and has removed his mask in the process, revealing Dwayne Johnson’s iconic eyebrow raise. After saving Jonesy, The Foundation takes him and the players to a control room, in which they prepare to take Fortnite fans to “the other side.”

Thankfully, despite the scale of destruction laid by The Cube Queen, “the other side” isn’t as ominous as it sounds. Instead, the gamers are shot out from the bunker and into the ocean, only to witness “the other side” — the entire other side of the island, which flipped over in the middle of the ocean, and dropped onto The Cube Queen. Apparently, being an all-powerful entity doesn’t protect you from being squashed by an entire island. Given his pivotal role in the process of flipping an entire island, it would seem that “The End” is only the beginning for Dwayne Johnson’s The Foundation.

Though his role in the future Chapter remains largely unknown, fans can sigh a breath of relief, having found out who the face behind the mask is. Not that Dwayne Johnson ever hid the fact since he has been causally dropping teases left and right, alongside one very clear reference to the game’s mysterious-no-more character, as described in our previous report. Regardless, Chapter 2 really showcased Dwayne’s voice-over talents, and though it still hasn’t been confirmed, we’ll probably see more of Dwayne Johnson in the upcoming Chapter.

We already know that a Foundation skin will be available in the Chapter 3 Season 1 Battle Pass. But will there be a skin that reveals Dwayne Johnson without his helmet? It does seem likely, so we’ll just have to wait a while and find out. In the meantime, The Seven, an organization helmed by Dwayne Johnson’s character, were almost pivotal in all major events in Fortnite thus far, so it stands to reason that we’ll see more of Franchise Viagra in one of the best FPS cross-over titles ever.

As with the previous Chapter ending, the game will remain “down” for several days as Epic rolls out the changes necessary for the upcoming Chapter. The island is upside down, Dwayne Johnson is now officially a member of the Fortnite family, and Epic promised to reveal the new map once enough players tweeted the hashtag “Fortniteflipped”. 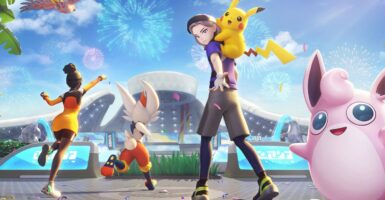 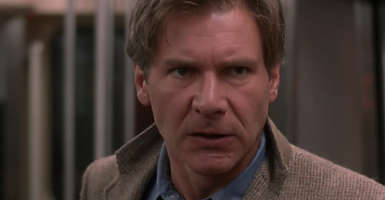