Cyberpunk 2077 has hit over a million players.

The infamous Cyberpunk 2077, which nearly ruined its developer and publisher, CD Projekt RED, had quite a rollercoaster ride since its launch, with an unfortunate downward trajectory. However, the good news is on the horizon, and as IGN reports, CD Projekt RED announced that at least one million players had played the game each day in the past week. This is a massive resurgence of players to the title, which was declared a flop post-launch but has been given a thorough revival treatment.

These numbers, which are nothing short of impressive coming from a game that we thought would never recover, were announced on Twitter (above). The tweet shows that the recently released Cyberpunk Edgerunners anime, multiple and extensive updates to the game, and the announcement of its first major expansion, have rekindled the flaming interest among gamers, who are now either returning or purchasing the title. It would seem that perseverance and hard work do pay off, considering that CD Projekt RED made Cyberpunk 2077 playable instead of pulling the plug.

To be entirely honest, it was a hard and rocky road for Cyberpunk 2077. Easily nicknamed one of the most-anticipated games in the last decade, it was released with much hype and media fanfare, as the fans have finally put their hands on the title that was promised to them eight years prior. The game was played by millions in the short period following its release until all the bugs and technical inconsistencies started rearing their ugly heads and scaring both the gamers and game storefronts away.

Sony went as far as to remove the game from its digital storefront, Microsoft issued a warning to those who even cast their gaze at Cyberpunk 2077, and massive petitions calling for refunds were signed. The sorry state of the game even brought CD Projekt RED’s stocks down by more than 60%, and the company investors sued the company and got over $1.85 million in settlements. Of course, the developer hasn’t issued any refunds since it never planned to actually release a bad game, and given the substantial financial loss, it’s questionable whether it was able to issue refunds anyway.

However, with its hands nearly tied, CD Projekt RED had very few options: show its stomach and hope that the scavengers of the gaming industry will be gentle with its IPs, or suffer through hell and back to make Cyberpunk 2077 into the game that was originally promised to the gaming community. And aren’t we glad they chose the latter? Nearly two years following its release, a massive amount of patching, and honest communication with the gaming community, Cyberpunk 2077 is finally seeing player numbers that it saw at the beginning.

Sure, its renewed success could be credited to a boost it received from Netflix’s animated show and publicity regarding its upcoming expansion, but the current state of the game is actually praiseworthy. Additionally, following the tiresome revival of its IP and the announcement of the upcoming The Witcher put CD Projekt RED in good graces with the gaming community once again, meaning that their hard work finally had paid off, and they could reinvest their financial and intellectual resources into more upcoming AAA titles.

While on the subject of technical difficulties, Dark Souls 3 servers are down again. On the bright side, it would seem that EA finally did something about Battlefield 2042 since numerous reports suggest that the game is fun once again. 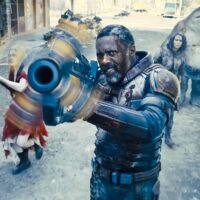 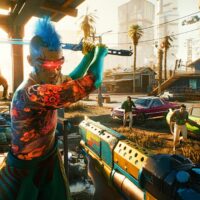 Cyberpunk 2077 Lawsuit Settled For An Insane Amount Of Money