Announced less than a week ago, the CD Projekt RED’s Night City Wire event delivered what we all wanted — an update on Cyberpunk 2077’s future development. And while the initial announcement about the game’s future was vague, the surrounding evidence suggested that the DLC was in development. Now, CD Projekt RED has confirmed all the rumors by releasing a teaser trailer for Cyberpunk 2077’s upcoming expansion titled Phantom Liberty.

According to IGN, the Phantom Liberty expansion is the first major addition of new content to Cyberpunk 2077, outside previously released massive patches, whose primary purpose was to actually fix the game rather than introduce new content. The short trailer above reiterates the 2023 release window previously disclosed by the CD Projekt RED, with the company describing the upcoming Phantom Liberty as a new spy-thriller expansion set in the new district of Cyberpunk 2077’s Night City.

The short teaser trailer for Cyberpunk 2077: Phantom Liberty doesn’t offer much in terms of details, but we know that the player’s character, V, takes an oath to faithfully serve the New USA, while Johnny Silverhand — voiced and portrayed by Keanu Reeves — admonishes her about the oath being a bad idea. The trailer also includes a small section of gameplay, but it doesn’t show anything else. The Matrix actor confirmed on a separate occasion that he’d return to voice the gaming’s world most famous cameo appearance in the expansion.

The upcoming Cyberpunk 2077 is scheduled to release for Google Stadia, PlayStation 5, Xbox Series X, and PC — which unfortunately omits the last-gen consoles, like PlayStation 4 or Xbox One versions of the game. Those consoles will get the new 1.6 patch known as the Edgerunner Update — named for its connection to the upcoming Netflix animated series — and it will be the game’s final update on said consoles.

Cyberpunk 2077’s Edgerunner Update will introduce new items from the animated series, including the jacket and a shotgun worn and used in the series. It will also introduce several new features like the clothing transmogrification system, which would allow gamers to change the visual aesthetics of their clothing without changing its stats. The update will also unleash cross-platform progression and a playable Roach Race minigame arcade cabinet.

Originally released in December 2020, Cyberpunk 2077 quickly fell from the highly-anticipated hot release to a notoriously buggy potato of a game that barely resembles something playable. The game’s developer then spent the better part of the following period fixing the various bugs while working on the delayed update for next-gen consoles and its upcoming expansion — which was previously canceled in favor of polishing the game.

Luckily, there were those who hadn’t given up on Cyberpunk 2077 during its period of bugs, poor reviews, refunds, and removals from various storefronts, and now their patience has paid off. The gaming experience offered by Cyberpunk 2077 isn’t just playable; it’s smoother and much more enjoyable compared to just a year ago. And now, with more content on the way, Cyberpunk 2077 is definitely rising to its intended place in the gaming sphere. However, it will also remain remembered as an absolute flop that eventually rose to one of the best gaming experiences in recent years. 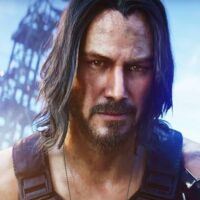 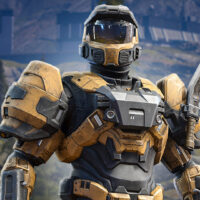 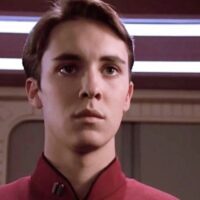