BlizzCon is officially on hold until company leadership straightens out, a new press announcement reveals. After two years of sitting the pandemic out, Blizzard Entertainment’s annual fan convention is taking an indefinite hiatus in light of recent gender discrimination, workplace abuse, and sexual harassment charges. Representatives addressed the fans on Tuesday, highlighting the need to redirect company resources into improving workplace conditions and keeping current projects oiled over celebrating Blizzard at such a contentious juncture in video game history.

“We would like to take the time to reimagine what a BlizzCon event of the future could look like,” the statement continues. “The first BlizzCon was held 16 years ago, and so much has changed in the time since — most notably, the multiple ways in which players and communities can come together and feel like they are a part of something bigger. Whatever the event looks like in the future, we also need to ensure that it feels as safe, welcoming, and inclusive as possible.” BlizzConline, originally scheduled for February 2022, was a two-day live-streaming event spread out across Blizzard’s six channels: the main, World of Warcraft, Diablo, Hearthstone, Overwatch, and a special Strategy branch for fans of StarCraft, Warcraft III, and Heroes of the Storm. The plan was to introduce new developments on future and current titles, and facilitate broadcast panels similar to the BlizzCon of the pre-pandemic era.

As exciting as BlizzConline’s offerings were, the company as a whole is undergoing a major paradigm shift, rewriting over 16 years of outdated patriarchal standards to suit the more progressive age. Restoring authority to Blizzard’s affronted female demographic is only step one; restructuring company guidelines to better serve employees of every background will take much longer.

As of this writing, changes are already being implemented; new departments made to counter and address harassment allegations were created, male employees with more heinous track records were pulled out, and confirmed abusers capable of self-betterment either faced disciplinary action or were forced to submit to sensitivity training, with Blizzard’s executive vice president of corporate affairs Frances Townsend leading the march. References to unapologetic Cosby Suite members, like Jesse McCree in Overwatch, were promptly removed. More importantly, female employees were incentivized to come forward without fear of retaliation.

Besides, with more people leaving Blizzard and less talent going into projects, the company is enduring an unforeseen shortage in literal manpower. In between successive firings and willing resignations, there’s been little reprieve between losses. Blizzard simply doesn’t have enough people manning activities, BlizzCon being one of them. The press release makes it absolutely clear all remaining resources are to be directed to only two things: cleansing the system of everything that envenomed Blizzard and maintaining upkeep on both new and ongoing video games.

For one, the Diablo 2 remaster’s continuing spate of performance issues should be enough to keep Blizzard occupied. Resurrected is presently feeling the unintended backwash of Blizzard suddenly losing too many employees at once, as encumbered teams scramble to fix server problems beyond their current level of capacity.

Regardless, the decision to postpone the convention till company culture improves is made doubly significant by the fact the Cosby Suite was first conceived during the early days of BlizzCon. Disgraced former Blizzard developer Alex Afrasiabi, the group’s designated ringleader, owned the hotel room that would later originate the Cosby Suite, so named because of the carpeting’s visual similarity to convicted sex offender Bill Cosby’s woolly sweaters. This all-men’s club of sexist monstrosities would then convene at BlizzCon every year to drink to their “celebrity status” in private and in public not unlike college frat boys, and celebrate their considerable hold over female fans in an event that actually sanctioned it.

In fact, Afrasiabi reportedly groped and sexually assaulted women while presiding over BlizzCon, as his friends freely engaged in similarly demeaning practices. More resolutely, in BlizzCon 2010, a fan questioned the inclusion of the “bikini armor” for female characters in World of Warcraft, to which a panel composed of Afrasiabi, former Blizzard president J. Allen Brack, Tom Chilton, Greg Street, and others openly ridiculed her and joked about trying a different lingerie catalog eventually.

Suffice it to say, persisting with the grand tradition of disrespecting women in high-profile industry events before changes could have taken place would be morally tonedeaf, not to mention gutsy in all the worst ways. The good news is, company remnants are determined to right past wrongs and thoroughly reimagine BlizzCon; fact goes, the problem with Blizzard (and gaming as a whole) started here, hence it must also end here. And reworking previously ingrained customs takes time.

Losing BlizzCon temporarily will not stop Blizzard from routinely issuing updates. Announcements will still be made in all relevant channels. “We’ll miss seeing you, but don’t worry. We’ll be back together soon,” the statement promises. The last BlizzCon took place in 2019. Blizzard’s legal battles with California’s Department of Fair Employment and Housing are still in progress. 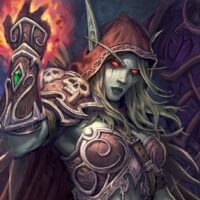 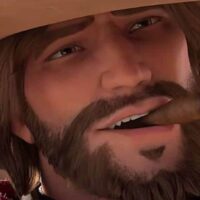