Picking out a single Street Fighter game as the best of the series isn’t an easy task, as the franchise has been in existence ever since the very first game in the series hit consoles in 1987. Admittedly, the first game wasn’t as successful as Capcom hoped it would be, as it only sold approximately 1,000 units. However, there was an alternate, more popular six-button version of the arcade, which sold up to 50,000 units, receiving positive to mixed reviews.

Capcom’s development team then worked on the game’s sequel, which was entirely rebranded into 1990’s Final Fight, Japan’s highest-grossing arcade game in 1990. A year later, Capcom released a Street Fighter II, which entirely revolutionized and popularized the series we know and love today. Yet even its success couldn’t measure up to 2009’s Street Fighter IV and its numerous iterations throughout the years. But what made the fourth entry the best Street Fighter game ever?

Well, let’s take a short trip down memory lane. After the massive success of Street Fighter II, Capcom did what gaming companies do best — they milked that cash cow as ruthlessly as they could until they milked it dry. There was a total of 15 games between Street Fighter II and 1999’s Street Fighter III: Double Impact, which received positive reviews, but according to many, it wasn’t an exciting addition to an already fruitful franchise.

By the time the fourth official game was released in 2009, ten years had passed since the latest Street Fighter game, if we neglect a re-release of Street Fighter II arcade game in 2005, exclusively for the Japanese market. To be honest, Capcom pressed its marketing campaign very hard, but then again, it also called 1987’s Street Fighter the best fighting game in the world while marketing its sequel, the iconic Street Fighter II — which only goes to show that commercials and trailers lie; Street Fighter was a flop across all metrics.

The only exception in 2009 was that Capcom wasn’t lying this time. Upon watching the trailer, fans of the franchise dared dream of a game that would revitalize the series, at least to an extent in which the shriveled and distant franchise would be playable again. And as if Capcom was listening, their dreams would come true. Street Fighter IV did more than just revolutionize the franchise. The best game in the series single-handedly revolutionized the entire fighting genre for the entire gaming industry across all possible contemporary gaming platforms.

In fact, many consider Street Fighter IV as not just the best in the franchise but perhaps the best fighting game of all time. According to Metacritic, the game is now standing on a mountaintop of the fighting genre, alone, unbothered, and ultimately unchallenged by anything other than itself ever since. Sure, Mortal Kombat is pretty popular, but its popularity is, at least nowadays, mostly driven by crossovers — something Street Fighter dabbed with throughout its run.

Street Fighter IV was specifically designed by Capcom to pay homage to the franchise’s second entry and attract the die-hard fans of the iconic game, while also being less complex than the overly complicated third official game. So, they came up with a 2D fighting game featuring eight original World Warriors, several new characters, and four boss characters, with a few new gameplay elements set in slow-paced gameplay that worked similarly to Street Fighter II. Not only did Capcom devise a recipe for a successful game, but it also made one of the best Street Fighter games ever.

The main and most successful aspect of the best Street Fighter game was its Focus Attack. This attack was triggered by pressing a medium punch and medium kick at the same time, allowing a character to absorb the opponent’s attacks. This filled their Ultra Attack meter, which eventually triggered a counterattack. But what made it more interesting was the fact that the longer you held the buttons, the more you absorb them, and the more powerful counterattack your character would generate.

This often resulted in triggering an unblockable counterattack that would “drop” your opponent, allowing you to launch an avalanche of devastating attacks and damaging combos. This may sound like a quick way to end the match and run through an entire game in an hour or two, but it was quite the contrary — it actually made the gameplay more strategic, just like real fights. 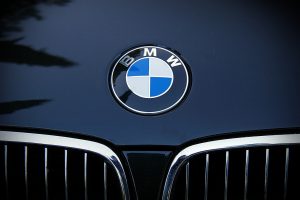 A multitude of new BMWs are not being shipped with inherently useful Android Auto and Apple Car Play.

Instead of just mashing the buttons and chaining combos, players had to predict the opponent’s moves and act accordingly. Those who were successful in their prediction were able to finish up the match unscathed, while those who failed suffered terrible consequences. Gamers used these attacks, in combination with other techniques, to trigger a special attack, interrupt it with a Focus Attack, then interrupt the Focus Attack animation by dashing forward and triggering another special attack — a series of moves that would often get the gaming crowd on their feet at Street Fighter tournaments.

Admittedly, this also made the SF4 game appear boring to the uninitiated, up until the point in which they witness the first on-screen knockout; it’s a quick trip to the gaming store after that and an even quicker run home with Street Fighter IV under their arms. Now, almost 13 years after its release, and Street Fighter VI just under the belt, the best Street Fighter game is still one of the most-played fighting games in eSports tournaments and probably the best fighting game of all time.