Activision Blizzard (ABK) has lost another court case, and while the company’s higher-ups might be weeping over the loss of corporate power, the employees within the gaming industry have yet another reason for celebration. Six months after the QA workers won their first major legal case against Activision Blizzard and formed a union, workers at Blizzard Albany have also voted to join the Communication Workers of America (CWA) union.

According to Kotaku, Activision Blizzard’s legal playbook, which included some really shady tactics, came up short once again. Despite various delays, legal appeals, and threats to workers that unionization would have negative impacts on workers and the quality of games, QA developers and testers in charge of Diablo voted 14-0 to unionize today. The Game Workers Alliance Albany is now the second group within ABK to unionize, standing tall as a proud example of change organized employees can achieve.

The voting wasn’t unanimous, however, as there were 18 staff members eligible to vote; 14 voted in favor, one voice was disqualified, and three more have been challenged by Activision Blizzard. However, the remaining voices voted pro-unionization, with no votes against it, meaning that ABK has five days to file a legal objection. If the company fails to do so, and there are good chances that it might object, the unionized group would become represented by the CWA, which would then begin a bargaining process with ABK regarding the working conditions the company provides for its employees.

These mostly revolve around the first contract over issues like pay, overtime, and health benefits — all of which were severely lacking at Activision Blizzard before the company came under a legal and public fiery hailstorm over sexual harassment and gender discrimination allegations last year. Namely, the California Department of Fair Employment and Housing sued ABK for fostering a toxic workplace culture founded on sexual misconduct and gender discrimination, which was mostly aimed toward the company’s female employees.

What was previously a public secret within the company suddenly exploded when the higher-ups offered a very shameful public response, prompting a massive employee walkout. This had massive repercussions on the gaming giant, and further investigation discovered additional skeletons in Activision Blizzard’s closet, all wrapped up in tons of dirty laundry. The company was soon under investigation for the aforementioned allegations, followed by class-action lawsuits and accusations of union-busting practices.

However, the QA testers and other employees at Activision Blizzard persevered and fought for their own rights to self-advocate. This had a two-fold result: things became better at the surface level, and the company installed various policies that would ensure fair treatment for everyone, but underneath, they were nickel-and-diming the newly unionized workers over their contracts. This went so far that the company was accused of organizing bargaining sessions during the workday only if the union agreed to pay for the missed work time.

This hostile behavior by Activision Blizzard remains, despite Microsoft’s promise to play nice with the unions and anyone wishing to unionize. Considering that Bobby Kotick remained as CEO of ABK, it’s likely that he’s actually sanctioning this behavior, considering that it’s a well-known fact that he allegedly aided and abetted the perpetrators of sexual misconduct and gender discrimination the company was sued for in the first place. 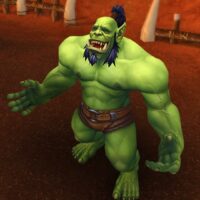 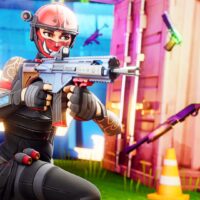 Fortnite Has Disabled Its Most Controversial Weapon