A new Batman VR game for the Oculus Quest VR headset has been leaked.

Only weeks after the release of the controversial Gotham Knights — a gaming title set in the Batman universe — fans of the Caped Crusader are greeted with news of yet another Batman game being in development. Luckily, unlike the previous title, this one is going to be centered around the Caped Crusader himself and not his in-universe legacy. It’s also worth mentioning that the game is being developed for the Oculus Quest VR platform — whose inventor just made a killer VR headset.

According to ComicBook.com, United States Federal Trade Commission released the documents that state, among other things, that a Batman VR app is currently in development for the Quest VR headset. The game is courtesy of Camuflaj, Meta’s VR studio that brought us Marvel’s Ironman VR game, which was previously exclusive to PlayStation’s PSVR platform. The news was leaked online as part of a wider antitrust investigation into Meta’s acquisition of Within, an app development studio behind the VR fitness app.

The details surrounding the upcoming Batman game are virtually non-existent, apart from the fact that Camuflaj is actually working on the title. It’s pretty exciting news but a bit disheartening to Batman gaming fans around the world who are still hoping for a continuation of Rocksteady’s take on the franchise, which concluded with 2015’s Batman: Arkham Knight game. Admittedly, Rocksteady made a VR spin-off of their own years ago, but Camuflaj is likely pursuing their own interpretation instead of continuing the work of others.

In fact, the whole Arkham series was made by Rocksteady, except for Batman: Arkham Origins, which was developed by the same company that ruined Gotham Knights — a title with so much wasted potential. Rocksteady’s Arkham series was so great that it effectively raised the bar for all future Batman game releases. If the power of gaming hardware was determined by its ability to run 2007’s Crysis, the quality of Batman games is determined by whether or not they’re in any way connected to Rocksteady’s versions.

In fact, it’s safe to say that Rocksteady’s Batman: Arkham series was a key turning point in video game adaptations. Batman is one of the most iconic and popular superheroes in the world of comics and cinema, which already makes him the prime subject for video game adaptations. And to be honest, he doesn’t lack gaming appearances, in one way or another, from arcade games of the ‘80s to the most recent gaming releases. However, the Arkham series is a historic piece of gaming art when it comes to gaming superhero adaptations.

2009’s Batman: Arkham Asylum was the first Batman game of the series, and it was released to universal acclaim, particularly for its narrative and combat. Reviewers called it the greatest comic book game of all time, and the game actually won several gaming awards, including the Game of the Year award. Additionally, it helped developers focus more on delivering premium superhero games that have more to offer compared to annual gaming releases that were usually tied to a new movie release — there are several gaming studios that played a hand in ruining various gaming titles this way. 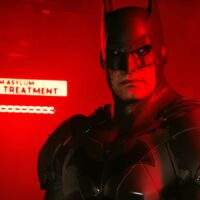 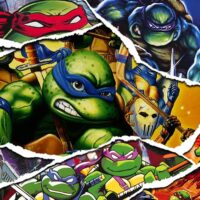 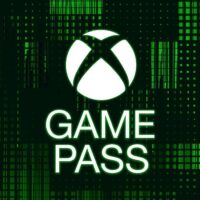