Kevin Smith is planning to release Zack Snyder's Justice League at his theater in New Jersey.

Zack Snyder’s Justice League is the result of dedicated fans, displeased with 2017’s Justice League, campaigning for three long years for Warner Bros. to release Snyder’s version of the film. If you recall, the filmmaker was forced to step away from his role as director before filming concluded to tend to some personal issues, and Marvel’s The Avengers director, Joss Whedon, was brought on board to finish the movie, and he ended up reshooting a large portion of the film in the process. Both critics and fans agree that the Snyder Cut is the better version of Justice League, and according to Movie Web, the four-hour feature is finally getting the big screen release it deserves.

In his podcast, Fatman Beyond, renowned director Kevin Smith (Clerks)revealed his plans to release Zack Snyder’s Justice League in theaters for the first time via his Smodcastle Cinemas. The filmmaker and podcaster is putting together an event series for screenings called Directly Responsible: Face-to-Face with Filmmakers at Smodcastle, and Zack Snyder will be on-hand at the screening for his version of Justice League to answer questions from fans and discuss the film. Avengers: Endgame directors Anthony Russo and Joe Russo and Ghostbusters: Afterlife director Jason Reitman will also appear at the event, which will take place sometime next year.

When Justice League arrived in theaters on November 17th, 2017, it was ripped apart by critics for its scattered storyline and appalling special effects. On the review aggregation website Rotten Tomatoes, the movie holds a score of 39% from critics based on 408 reviews. As far as its box office performance, the film is considered a bomb, grossing $657 million worldwide against an assumed break-even point of $750 million, and igniting calls from fans for Warner Bros. to release Zack Snyder’s Justice League.

When fans initially began campaigning for the studio to release Snyder’s version of Justice League, Warner Bros. claimed it didn’t exist at the same time Zack Snyder was simultaneously posting stills from his cut of the movie on his various social media accounts. The studio finally caved, granting the director $70 million to finish his version of the film, which saw the filmmaker bring back several actors like Ezra Miller, Amber Heard, Henry Cavill, and Ray Fisher to shoot additional scenes for the movie. Zack Snyder’s Justice League was finally released on March 18th, 2021, on HBO Max, and it became the fourth most-streamed feature on the streaming platform that year.

Critical reception for Zack Snyder’s Justice League was far better than the 2017 version. On Rotten Tomatoes, the film holds a fresh score of 71% from critics and an astounding 94% score from traditional audiences. Fans praised the explosive action sequences, improved special effects, and more thoughtful character development. Truthfully, it was a major improvement over not just the original cut of Justice League, but also several other Snyderverse entries including Batman V. Superman: Dawn of Justice and Suicide Squad.

Since the release of Zack Snyder’s Justice League, fans have called for Warner Bros. to allow the director to move forward with his original DC Extended Universe plans, even though that ship has likely sailed at this point. With the Warner Bros. Discovery merger, the studio has carved out a new path for their shared universe, and Snyder doesn’t appear to be part of it. Regardless of how things play out on that front, we’re just glad to see the Snyder Cut is finally getting the big screen treatment it deserves. 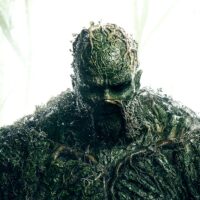 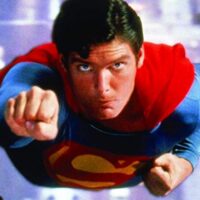