Zack Snyder’s Justice League is going to be a massive showcase for the DC Extended Universe. So many returning and new characters have been revealed thanks to all of the marketing material we have seen. However, many fans have been left wondering if one of the key founding figures of the Justice League was going to make an appearance. There has been no official acknowledgment that Green Lantern would be a part of this new cut of Justice League. Well, it looks like some other promotional material might have just confirmed the superhero’s presence in the upcoming film.

A sticker sheet for Zack Snyder’s Justice League was revealed online and it features all of the heroes’ icons on it. What is surprising is that the Green Lantern symbol appears alongside the icons of Superman, Batman, Wonder Woman, Aquaman, The Flash, and Cyborg. Check out the merch right here:

There is also an “X” symbol on there, so if the X-Men show up in Zack Snyder’s Justice League, this sticker sheet will be quite the revelatory piece of marketing material. Actually, that could end up being the symbol for the Martian Manhunter, who we know will be making an appearance in the movie. All joking aside, this is a pretty big piece of the puzzle. If it does signal the inclusion of Green Lantern, it will send fans into a tizzy. They will be trying to figure out who will be playing Green Lantern, which Green Lantern could be in the movie (there are a lot of them), and what role they will play in the finished film.

We have to assume that Zack Snyder’s Justice League will play into some larger part of DC’s plans for its universe of characters. We know that a Green Lantern show is set to get underway later this year. Could the appearance of Green Lantern in this new version of Justice League signal what Warner Bros./DC has in store for the upcoming streaming series on HBO Max? And since that show does not seem to feature Hal Jordan or John Stewart, could it be one of those prominent iterations of the character that will show up in this director’s cut? Or could we see a totally different Green Lantern that has yet to make a big appearance in a film? Even larger would be the idea that we don’t see a single Green Lantern but just some kind of confirmation regarding the Green Lantern Corps being a presence in Zack Snyder’s interpretation of the DC universe. 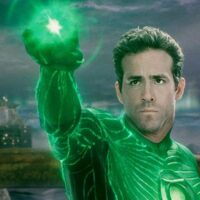 Man Of Steel 2 Is Happening And More