Marvel’s First Family is on their way to the Marvel Cinematic Universe and fans of the Fantastic Four are waiting with open arms. The rumor of a new movie (now confirmed) has been ongoing with speculation as to which actors would jump on board. Two names have jumped to the forefront, John Krasinski as Reed Richards and his real-life wife Emily Blunt as Sue Storm. Another name has been gaining traction, this one to play The Human Torch aka Johnny Storm. That would be Zac Efron.

Oddsmaker Bovada has listed Zac Efron as the best bet to nab the role of the Fantastic Four’s Human Torch. This is a pretty big deal as far as any kinds of rumor or allegations go in regards to casting news. They are actually saying that if you want to put money on who will get the part, Zac Efron is the one you should place your chips on.

Zac Efron is no stranger to Disney (Marvel’s gatekeeper), having been part of the High School Musical franchise, so his name slowly becoming synonymous with the Human Torch isn’t crazy. Efron has moved on from his squeaky-clean High School Musical persona to carve out a nice career starring in some more adult-oriented movies with a little raunch to them. These would include Neighbors, Neighbors 2, Mike and Dave Need Wedding Dates, and Baywatch. He also portrayed infamous serial killer Ted Bundy in Extremely Wicked, Shockingly Evil and Vile. Throughout Efron’s career, he has shown the propensity for comedy but also an ability to stretch his talents to other genres of film. His comedic talents would work well as Johnny Storm.

When Marvel president Kevin Feige announced (saving the best for last) that the Fantastic Four would finally get their much-anticipated movie, he also announced that Jon Watts would be helming the project. Watts, as many of you know, has been the auteur of the recent Marvel Studios Spider-Man movies, Spider-Man: Homecoming, Spider-Man: Far from Home, and the forthcoming Spider-Man 3 movie. With fans truly digging the direction Watts has taken our friendly neighborhood Spider-Man, Feige had no problem handing over the reins of Fantastic Four to Watts.

Fantastic Four has seen the big screen in the past. There was the 2005 Tim Story Fantastic Four, which starred Ioan Gruffudd, Jessica Alba, Michael Chiklis, and Chris Evans (as Johnny Storm). Evans’s portrayal as Johnny pretty much nailed his comic-book counterpart, though the movie itself didn’t strike all the right chords with fans. Tim Story followed up that film with Fantastic Four: Rise of the Silver Surfer in 2007, again, not finding the right balance. Everyone from the first movie returned with the addition of Laurence Fishburne as the Silver Surfer. And then there was the unmitigated disaster that was the Josh Trank reboot of the Fantastic Four. It began with his horrible miscasting and went downhill from there. Can we erase it from our memories, please?

Back to Zac Efron and the possibility of him playing Johnny Storm. His name sort of comes out of the blue because there have been strong rumors that 26-year-old Australian actor Dacre Montgomery has begun early talks to come in as the Human Torch. Still, that hasn’t stopped Bovada from tossing up their odds as to whom should play whom. Krasinski and Blunt are the heavy odds-on favorite to bring home the roles of Richards and Storm with Stephen Graham the betting favorite to play Ben Grimm and Efron the odds-on favorite to grab the Johnny Storm role. Not so shocking is the oddsmaker has The Mandalorian’s Giancarlo Esposito in line to be villain Victor Von Doom aka Dr. Doom. Now that would be a great choice.

So, what do you say? Would Zac Efron be a good Johnny Storm? Let us know and as more news develops, we’ll be sure to pass it along. Flame on! 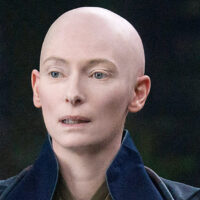