You Again Cast – A Forgotten Movie With Unbelievable Star Power

Have you ever come across a movie that, for one reason or another, simply resonates? It doesn’t have to be a deep-thinking film, but just one that hits all the right notes at the right time, whether it be funny or sad or thrilling, it simply works. One film that seems to work in that regard is the 2010 romantic comedy, You Again which, looking back, has an outstanding cast that is immediately recognizable.

THE YOU AGAIN CAST IS LED BY KRISTEN BELL

You Again wouldn’t be the fun romp it is without its fantastic cast. From the big performances to the smaller ones, the cast goes for broke in making this rom-com work. Let’s take a look at the main cast.

She plays the You Again lead, Marni, and does a remarkable job with her character. She goes from an ugly duckling in high school to a beautiful public relations executive and back to that ugly duckling in such a hilarious way.

Of course, Kristin Bell is known for much more than You Again. Before she found herself playing Marni, Bell was Veronica Mars. She was also heard as the voice of Gossip Girl. She was in the features Forgetting Sarah Marshall, and Couples Retreat and also spent time on the hit TV series, Heroes.

One of Bell’s biggest roles came in 2013 when she became the voice of Anna in the Disney animated film, Frozen. She would voice Anna again in the short, Frozen Fever, as well as in Lego Frozen Northern Lights, Olaf’s Frozen Adventure, Ralph Breaks the Internet, and Frozen II.

In You Again, Jamie Lee Curtis plays Marni’s mother, Gail. Of course, most of us know Jamie Lee Curtis as Laurie Strode in the Halloween series. But Curtis is no stranger to comedy as she has found time on a number of memorable funny movies that include Trading Places, A Fish Called Wanda, Fierce Creatures, and Drowning Mona.

Jamie Lee Curtis made her name in film as a Scream Queen, appearing in movies like Halloween and its many sequels as well as The Fog, Prom Night, and Terror Train. Her resume, though, shows she is much more than just a Scream Queen. She can definitely hold her own in comedy.

You may not know the name, but you will definitely recognize the face of You Again’s “bad girl.” Yustman plays J.J., Marni’s high school nemesis, and soon-to-be sister-in-law. She plays a great bad girl, and there is a strong chance you’ve seen her in other films.

When she first started her career, Odette Yustman went by that name. But after appearing on the TV series, Brothers and Sisters in 2010, she met and then married series star Dave Annable that same year. She now goes by Odette Anabelle.

This is one lady who does not need an introduction, but we will give some of her impressive résumé anyway. In You Again, Weaver plays Aunt Mona, the aunt to J.J. and the old high school former “best friend” to Jamie Lee Curtis’s Gail. She is super wealthy and has no issue showing off her fortune, much to the chagrin of Gail.

Weaver, like Curtis, is no stranger to comedy. While she is best known as Ripley from the Alien series, Weaver has shown a knack for comedy in films like Deal of the Century, Ghostbusters, Working Girl, Dave, and Galaxy Quest.

James Wolk as Will

Wolk arrives on the You Again scene as Marni’s brother, Will, soon to be husband to J.J. Will was a star athlete in high school and only recently reconnected with J.J. before taking their relationship to a new level. For Wolk, though, You Again was only his third feature film, but it pushed him into a nice career.

After You Again, Wolk began to find time on a number of TV series that included Shameless, Happy Endings, Political Animals, The Crazy Ones, Mad Men, Zoo, Goliath, and Watchmen.

Another name you may not recognize, but a face you absolutely will. Garber plays Marni’s father in You Again, a man who is constantly on a diet and tries to keep things together as situations threaten to ruin his son’s wedding.

Garber is one of the better-known character actors who has done a bit of everything. He was Charlie Townsend on the short-lived 2011 TV series Charlie’s Angels and has also been seen in series like Alias, Deception, Eli Stone, Web Therapy, The Slap, The Flash, Power, and The Orville. He has also jumped into features in films like Legally Blonde, Tuck Everlasting, Milk, Moving Day, and Argo.

The talented Kristin Chenowith doesn’t have a huge role in You Again, but it is noteworthy. She appears as Georgia King, a famous dance instructor who helps Will, J.J., and the rest of the family prepare to dance the night away at the wedding reception.

Another name that may not be familiar, but comedian Kyle Bornheimer makes the most of his limited appearances in You Again. Bornheimer is Tim, J.J’s jilted ex-boyfriend who first shows up as her apparent stalker, but then is introduced as Georgia King’s dance assistant. He steals every scene he is in.

We would be remiss if we didn’t mention the late Betty White. She is on board as Grandma Bunny and, in Betty White fashion, delivers some of the very best lines in the film. She is also part of the final twist in the film, and you will simply love it when you see who her “school rival” ends up being.

THE MOVIE IS A COMEDY

Before we jump into the stellar cast of You Again, the film tells the story of Marni, a very successful Los Angeles public relations executive who has just received a very nice promotion to their New York office. The story, though, begins with Marni in high school, as an acne-riddled, glasses-wearing, “nerd” who can’t get out of her own way. On top of that, she is consistently being bullied by the popular “mean girl”, senior J.J.

Somehow, Marni makes it through her high school days and has turned her life into something very positive. That is until she jumps on an airplane for home because her brother Will, who also went to the same high school, is getting married. It is on Marni’s flight home that the first of You Again’s many fun twists take place as Marni realizes that Will is marrying J.J., and it is also on Marni’s flight home that the ruckus she causes after finding out this news causes the Air Marshall to take charge – you’ll just love who is playing the Air Marshall in a great cameo.

Marni finally makes it home only to find out that her family has fallen head over heels for J.J. She also finds out, after seeing J.J. again after such a long time, that J.J. doesn’t remember Marni from school. Or does she?

As Marni tries to figure out why J.J. wouldn’t remember her after all the bullying J.J. gave her in high school, another You Again twist takes place. This comes when J.J.’s aunt arrives for the wedding to meet Marni’s family. Turns out, J.J.’s Aunt Mona went to high school with Marni’s mother, Gail. Seems mother and daughter had pretty much the same experiences in high school.

But this is a romantic comedy, and the story continues to play out as one. There are a number of other twists that makes You Again a fun watch. Of course, helping it out along the way is the cast that is fully game in telling the story of love and old rivalries.

You Again is not an award-winning film, nor does it pretend to be. The film was written by Moe Jelline and directed by Andy Fickman, whose credits include She’s the Man, The Game Plan, Paul Blart: Mall Cop 2, episodes of Kevin Can Wait and episodes of The Crew. Apparently, he and Kevin James are close friends.

You Again is a fun way to kill 105 minutes. You will get a lot of smiles from this film. Don’t say you weren’t warned if it eventually turns out to be one of your underrated favorites. 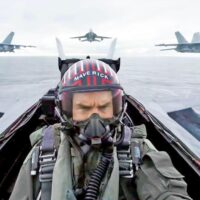 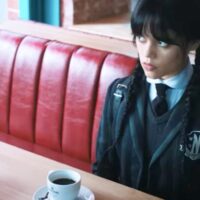 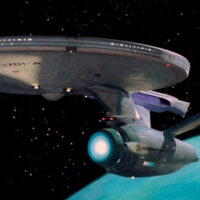