Halo beat every Yellowstone show on Paramount+ for the title of most-watched show in 2022 on the streaming service.

Yellowstone continues to reign as a massive hit for the Paramount Network, and its spin-offs 1883 and 1923 have been huge successes for Paramount+. As reported by The Gamer, despite the Yellowstone franchise’s popularity, all its shows were beaten in 2022 by the Halo series as the most-viewed title on Paramount+. Despite massive fan controversy, the long-awaited adaptation of the popular video game series pulled big numbers, and a second season is already underway.

Halo’s top spot on Paramount+ this past year is an impressive statistic for the divisive show. It faced stiff competition with 1883, an overwhelmingly well-reviewed series riding the wave of one of the hottest shows on television. Yellowstone is currently not available on Paramount+ in the United States.

When the series debuted in March of 2022, Halo set a viewership record for Paramount+ for most hours streamed within its first 24 hours on the platform. That record was previously held by the Yellowstone prequel 1883, which debuted late in December 2021. Throughout its nine-episode first season, Halo viewership continued to be fueled by fandom, curiosity, and controversy that has divided fans of the long-running video game saga.

The biggest point of contention for Halo fans has been the series’ willingness to show its lead character, Master Chief, without his helmet and out of his iconic Spartan armor, something the video games have never done. While some appreciate the series taking the Master Chief story in new directions and exploring new territory, others despise the show’s perceived disregard for its source material. These divisive decisions have come against a backdrop of uneven storytelling that has earned the series a 52 percent Audience Score on Rotten Tomatoes; critics have been kinder to the show, dealing the series a 70 percent average on the review aggregate, but the series is nowhere near the prestigious reception the Yellowstone franchise has enjoyed.

Faith in the Halo series earned it an early renewal for a second season, which is already well into production. It is speculated that the next chapter will arrive in 2023. In the meantime, Paramount+ viewers are being treated to the Yellowstone spin-off 1923, starring Harrison Ford and Helen Mirren.

After four episodes, 1923 has had an impressive first half of its debut season, and it looks to only get better from here. When 1923 wraps up in a few weeks, fans will have to wait on Yellowstone, which resumes its fifth season this summer. The franchise’s creator, Taylor Sheridan, announced that 1883 would not continue past its first season.

In a streaming market that grows more competitive all the time, Paramount+ has at least two hit franchises on its hands to keep it in the game. Halo and members of the Yellowstone family will have more competition for the streamer’s top spot going forward as Season 3 of Picard arrives in February, and big-name franchises like Avatar: The Last Airbender have projects in development. As long as Yellowstone remains unavailable on Paramount+, shows like Halo may continue to dominate the streamer’s charts, but a little friendly competition on its platform is a problem Paramount is likely happy to have. 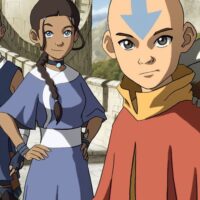