Yellowjackets just made a new casting for a fan-favorite role. Folks are going to love this addition and what it means for the series

Creating an engaging television series with a unique plot line and charismatic characters is a very difficult prospect. Dozens of series are developed, written, and screened and never see the light of day. On the flip side of that spectrum are the series that debut with a trope that isn’t seen often (most of the time because it is difficult) and captures the love of critics and audiences alike. Such is the story of Showtime’s Yellowjackets. The prospect of bringing together two sets of a cast, one older and one younger, is challenging to keep the same feel. Too often, the older and younger versions feel like different people who aren’t connected. Showtime’s critically acclaimed series has done so seamlessly, and the cast is expanding. Yellowjackets Season 2 has added a fan favorite as a regular.

Among the high school survivors of the tragic plane crash is Vanessa “Van” Palmer. She is played in Season 1 by Liv Hewson and was not seen with an adult version. That led many fans to wait for her untimely death since there was no proof of her survival into adulthood. It made her many brushes with death (plane crash, wolf attack, burning to death TWICE) all the more real since it was likely her death was on the way. Now fans can rest easy knowing Van survives to adulthood, as evidenced by the report from Deadline that Lauren Ambrose has joined the cast of Yellowjackets Season 2.

That wasn’t the end of the good news for fans of the series. Not only is Lauren Ambrose coming aboard as a series regular, but Liv Hewson is also promoted to series regular, meaning it is likely she, or they, will play a much more significant role in Season 2 of Yellowjackets. The Hollywood Reporter reported the news to the excitement of the fans. The one question on everyone’s minds now that they know their favorite dry sense of humor survives is whether or not the adult versions of Van and Taissa (Jasmin Savoy Brown and Tawny Cypress) will continue their once-secret relationship as adults. As fans will recall, adult Taissa’s marriage is on the rocks. If it ends between seasons, it rolls out the red carpet for a return of everyone’s favorite redhead. If it hasn’t ended, it rolls out the red carpet for another secretive affair between the two.

Yellowjackets is up for seven Primetime Emmy Awards, including Outstanding Drama Series and acting nominations for Melanie Lynskey and Christina Ricci. They play the adult versions of Shauna and Misty, respectively. The series is one big throwback to all things 90s girl power, as evidenced by this wicked 90s soundtrack featuring all sorts of artists from three decades ago. Also, the presence of 90s stars Ricci and Juliet Lewis (adult Natalie) adds to the series’ nostalgia. With the newest addition to the cast hailing from Six Feet Under, a series beginning just outside the 90s, there is still plenty of nostalgia to go around. And there is a lot to look forward to in Yellowjackets Season 2. 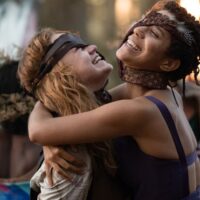 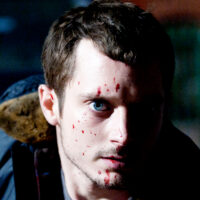