Coiuld it be anything else?

Every day is Easter in the Marvel Cinematic Universe and this Thursday is no different. The second episode of She-Hulk: Attorney at Law streamed on Thursday this week, and some eagle-eyed fans spotted a great Easter egg. It seems like the X-Men have officially been mentioned on She-Hulk.

WARNING! Spoilers to follow for Episodes 1 & 2 of She-Hulk: Attorney at Law!

The premiere episode of She-Hulk ends with Jennifer Walters (Tatiana Maslany) turning into her larger, greener counterpart to protect a courtroom from the arrival of the super powered Titania (Jameela Jamil). You might assume Jen would be up for a raise after saving a courtroom full of people, but the case is declared a mistrial when it’s decided the jury couldn’t be impartial toward a lawyer who saved their lives. Jen is fired, and no one else seems willing to hire her at first. While she’s looking for work on her laptop, as noted by The Direct, you can spot the X-Men Easter egg She-Hulk has waiting for us. The headline reads, “Man fights with metal claws in bar brawl.” You can see a screenshot of the moment below; the headline is in the “Related Articles” sidebar on the right.

Of course, you could make the argument that “Man fights with metal claws in bar brawl” could mean that–rather than a man with metal claws having a fight–the headline refers to a man who fought a pair of floating metal claws. But while there’s little that isn’t possible in the MCU, we’re pretty sure that’s not what the headline means. Though this also doesn’t mean the X-Men were necessarily mentioned in She-Hulk.

Though we’re clearly meant to believe the man with metal claws refers to Wolverine of the X-Men, as we’re sure the She-Hulk writers know, he’s hardly the only man with metal claws who could be in the MCU. There’s always Miles Morales’s uncle, the Prowler; there’s Razor Fist (Florian Munteanu) who showed up in Shang-Chi and the Legend of the Ten Rings; there’s the Hulk bad guy Speedfreek, and plenty besides.

But, assuming the Easter egg is referencing everyone’s favorite member of the X-Men, then that makes She-Hulk one of a growing list of MCU projects referencing not only mutants and the X-Men in general, but Wolverine in particular. In Black Widow, Olivier Richter played Ursa Major; a character who is a mutant in the comics, though we never see him transform into a bear in the film. Patrick Stewart played a Professor X from an alternate Earth in Doctor Strange in the Multiverse of Madness and the hero of Ms. Marvel was revealed to be a mutant in the final episode of its inaugural season. Meanwhile Madripoor–a fictional city featured prominently in the first volume of Wolverine‘s first ongoing solo series–was visited in The Falcon and the Winter Soldier and mentioned in Moon Knight.

If you had money to burn, it might not be bad to place a bet that, considering this X-Men mention in She-Hulk among others, that the mutants will show up in the MCU a lot sooner than Kevin Feige has led us to believe. The narrative has been teasing us with them for what feels like far too long to not give us something more substantial than an Easter egg within the next year or two. 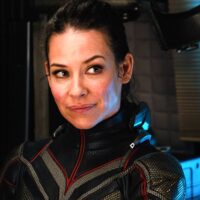