X-Men 2 screenwriter Michael Dougherty believes mutants should be introduced into the MCU as a result of the Thanos Snap.

For fans of comic book adaptations brought to film, the idea of combining X-Men and the overall Marvel Cinematic Universe has plagued them since 2008’s Iron Man, mostly because ownership of X-Men has been with 20th Century Studios rather than Disney. Popularized by the comic book series of the same name, the X-Men became a staple of the early aughts with entries into movie theaters in several iterations starring Hugh Jackman, Halle Berry, Anna Paquin, and then later with Jennifer Lawrence, Nicholas Hoult, and Evan Peters. Now, it appears that Michael Dougherty, a screenwriter responsible for 2003’s X2: X-Men United, believes that mutants from the X-Men world can coexist within Marvel’s multiverse if Marvel chooses to follow science rather than the supernatural.

According to an interview that Michael Dougherty gave with the ReelBlend podcast of CinemaBlend, the screenwriter noted that the main way for X-Men and the Marvel Cinematic Universe to combine would be if Marvel takes science into consideration and creates a world where mutants are the result of the destruction that’s come about from the Avengers battling Thanos and dealing with the Snap. He states in the interview, “I feel like the most interesting, organic way for the mutants to enter the MCU would be if mutants naturally start to evolve as a result of all the trauma and destruction that humans had to suffer through from all the battles and invasions and everything else that we were subjected to.” He notes that mutants should be depicted as victims and innocents who have witnessed the destruction overtime that has existed in Marvel’s films, and mutants are just humans who evolve as part of surviving that destruction.

It’s an interesting take on characters that Michael Dougherty knows quite well, seeing as he devoted a portion of his writing career on bringing about stories to further develop X-Men to a global audience. X-Men and Marvel have thus far been two separate franchise entities for the past two decades, existing side-by-side but not really crossing over. In one instance going forward, Hugh Jackman has joined Ryan Reynolds to reprise their roles as Wolverine and Deadpool, respectively, in the next installment of Deadpool 3, which will swing open the doors from 20th Century Studios and allow Marvel to take control of the X-Men characters.

Hugh Jackman became a global movie star after the release of 2000’s X-Men, leading him to play Wolverine in several iterations in the last 22 years. Often the butt of many of Ryan Reynolds’ jokes on social media, Jackman and Reynolds have enjoyed a fake feud for quite some time since costarring together in 2009’s X-Men Origins: Wolverine. Their X-Men characters have been some of the most memorable in comic book film adaptations ever since, as fans have longed to see how they could be incorporated into the multiverse built by Marvel that is currently occupied by Dr. Strange and Scott Lang.

With X-Men star Hugh Jackman taking on the part of Wolverine again opposite Ryan Reynolds in Marvel’s Deadpool 3, there are opportunities to invite many of the X-Men films’ stars to join them in future iterations of the franchise. X-Men was first released in 2000 and spawned several sequels that concluded with 2019’s prequel film, X-Men: Dark Phoenix starring Sophie Turner, Jennifer Lawrence, James McAvoy, Michael Fassbender, Tye Sheridan, and Jessica Chastain. Deadpool was often seen as belonging to the same X-Men universe, but true crossovers with mutants and the Marvel Cinematic Universe superheroes haven’t been achieved to the degree that fans would like to see, so Deadpool 3 may be the first chance viewers have to see how Marvel addresses X-Men and mutants in general from this point on. 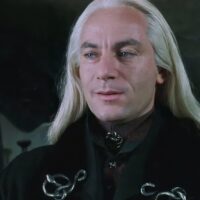 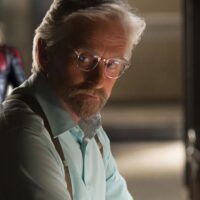