There are growing rumors that the worst Star Trek series, Picard, is not going to be ending after its third season.

When it comes to the Gene Roddenberry-created universe of Star Trek, the franchise has certainly seen its fair share of hits and misses since the first episode of Star Trek: The Original Series made its debut on NBC back in 1966. From animated projects to films, comics, novels, and even live-action experiences, we here at Giant Freakin Robot have brought you the ultimate Star Trek guide to both the best and the worst in the world of Star Trek. At the very bottom of our list is the currently-running Star Trek: Picard, and although the series was initially planning to bow out following its third season, according to both co-creator and executive producer Alex Kurtzman and series star Patrick Stewart, the season may not be Jean-Luc’s final foray into space after all.

According to TrekMovie.com, who reported back on quotes given at the recent TCA Winter event held in Pasadena, California, Kurtzman said that what’s been considered by many to be the worst production to come out of the Star Trek franchise could be moving on for a fourth season. While he didn’t completely confirm the idea, the show’s co-creator said that while at the beginning of the series, production believed the “complete story” could be told within a three-season run, “anything is possible,” and that “if a show blows the doors [off] the place,” they could keep going. Teasing fans of what’s to come, Kurtzman added that he and the rest of the team behind Star Trek: Picard were “certainly hoping” that the upcoming season would impress fans.

But what about Sir Patrick Stewart, the man who’s been behind the role of Jean-Luc Picard since Star Trek: Next Generation premiered back in 1987? Well, Stewart has met the possibility of continuing the worst Star Trek series with an overwhelming “absolutely, yes” adding that as long as the show can “maintain the work” that was done over the first three seasons, of course, he would be in. He added that there was “still enormous potential for narrative” and that while Season 3 was to be the end of the series, there are still “doors left open” should they push onward with a fourth season.

Although our staff dubbed it as the worst Star Trek project out there, the premise behind Star Trek: Picard is a nostalgic and cute one that not only sees Sir Patrick Stewart reprising his role as the one-time Enterprise captain, but also boasts a lineup of very familiar faces from over the years. The series picks up 20 years after Jean-Luc has last been seen in the franchise in 2002’s Star Trek: Nemesis. Those two decades have given the captain time to slow down with audiences catching up with him now living on his family’s vineyard.

But things quickly move back towards adventure, as Picard gets a visit from the alleged daughter of Data with the duo setting off on a journey to fight for the rights of synthetic beings. The first two seasons of the worst Star Trek series are a fever dream of a wild ride with Picard facing off against Q all over again. The next season will put him face-to-face with old comrades, with characters played by the familiar faces of Brent Spiner, LeVar Burton, Michael Dorn, Jonathan Frakes, Gates McFadden, and Marina Sirtis.

While the future of the worst Star Trek series in existence is still up in the air, you can soon catch the third season of Star Trek: Picard when it premieres on Paramount+ beginning February 16. This time around, we can expect Picard to meet back up with the crew of the USS Enterprise who need their old captain’s help as a strange new enemy begins to rear its head. 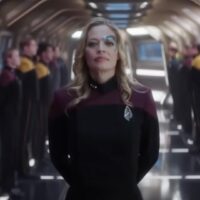 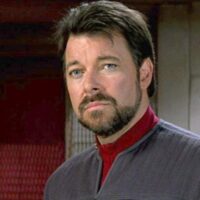 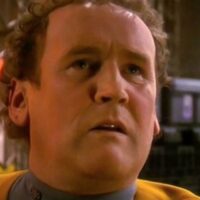