Woody Allen and Roman Polanski are prolific and highly decorated filmmakers, but they are also the subject of great controversy due to allegations of sexual misconduct. Kate Winslet, who has worked with both directors, recently spoke with Vanity Fair and she brought up her feelings about her decision to act in their films.

Winslet said she had “regrets” regarding her decision to work with Woody Allen and Roman Polanski. She admits that she was aware of the allegations against Allen and the charges that Polanski had pled guilty to when she took roles in the directors’ films. Now, she is decidedly remorseful for her part in their movies.

“It’s like, what the f–k was I doing working with Woody Allen and Roman Polanski?”, said Winslet. “It’s unbelievable to me now how those men were held in such high regard, so widely in the film industry and for as long as they were. It’s f–king disgraceful.” Winslet did not mince any words with her current feelings towards the dubious directing duo.

The heralded actress does not shirk her responsibility for working with Woody Allen and Roman Polanski. She fully acknowledges that she has to “take responsibility for the fact that I worked with them both.” Winslet is also making a concerted effort to be a better role model for young women in the entertainment industry. “I’d like to do my best when it comes to setting a decent example to younger women,” said the award-winning thespian. Her newest film, Ammonite, will have its world premiere at the Toronto International Film Festival today.

Winslet starred in the 2017 Woody Allen film Wonder Wheel and in the 2011 Roman Polanski film Carnage. Allen has been under public scrutiny since his relationship with Soon-Yi Previn, the adopted daughter of Allen’s former partner Mia Farrow. Allen was also accused of sexual molestation by Dylan Farrow. Allen has denied these allegations. Since these accusations were raised, he has made four other feature films with prominent Hollywood actors in the lead roles.

Roman Polanski was arrested in 1977 for the alleged raping of a 13-year-old girl. Sodomy, perversion, and rape by use of drugs were some of the charges lobbied against the Polish-French director. He was indicted and pled guilty to unlawful sexual intercourse. Since 2010, four other women have stepped up to accuse Polanski of sexually abusing them when they were minors. Polanski denies these accusations.

Woody Allen’s last released film was A Rainy Day in New York in 2019, starring Dune leading man Timothée Chalamet and Elle Fanning. He also has another completed film, Rifkin’s Festival, that will have its world premiere at the San Sebastián International Film Festival on September 18, 2020. It will be released in Spain on September 25. It stars Christoph Waltz (who also starred in Polanski’s Carnage) and Gina Gershon.

Roman Polanski’s last film was An Officer and a Spy in 2019. As of this writing, he has no other projects currently in development. It is unknown if he is working on any other feature films at this time. 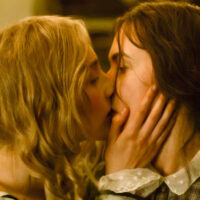 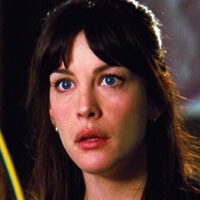