By Faith McKay and Staff | 2 weeks ago

When 2017’s Wonder Woman smashed through everyone’s expectations at the box office, it wasn’t long before Warner Brothers studios confirmed that a sequel would be coming. Fans have been waiting for a while to get hints at what form the story would take, who would be involved, and when we could expect to see it. Now it’s happening and Wonder Woman 2 is called Wonder Woman 1984.

Even after release of the movie’s trailer, much of the plot of Wonder Woman 1984 is still being kept a closely guarded secret, as has become the norm for superhero films. We do have a release date, a trailer, and the comic book source material to give us hints at what we can expect to see when Wonder Woman 1984 (WW84) finally hits the big screen.

Here’s what we know so far about Wonder Woman’s next big story.

The Woman In Charge

Patty Jenkins is back to direct Wonder Woman 1984. With the release of Wonder Woman in 2017, Jenkins was the first female director for a major American superhero movie. This put a lot of pressure on the movie, but it surpassed expectations at the box office when it took in $800 million worldwide.

The Amazon warriors Hippolyta (played by Connie Nielsen) and Antiope (played by Robin Wright) will also be returning, though possibly only through flashbacks to moments in Diana’s childhood.

The big news for returning cast members is the return of Wonder Woman’s love interest, Steve Trevor, played by Chris Pine. His character famously died in 2017’s Wonder Woman, though his actual moment of death is not shown up close and personal. Still, Steve Trevor was mortal and the first film took place around 1910. Wonder Woman 2 takes place in 1984 and he doesn’t appear to have aged much. Below, we’ll take a closer look at how this may work into the plot for Wonder Woman 1984.

First, we have the character Barbara Minerva, also known as Cheetah, being played by Kristin Wiig (known for her work in movies like Bridesmaids and the 2016 Ghostbusters). In the trailer for Wonder Woman 1984 Wiig’s character appears friendly and admiring of Wonder Woman, but fans of the comic know this turns around fast for Cheetah. Though we don’t see her in full Cheetah mode in the costumes, recently this photo leaked online which seems to show Wiig as Cheetah in her final form…

In the comics, Barbara Minerva was working in a museum when she became interested in ancient powers, and eventually, Wonder Woman’s origins. This interest leads her to finding her own power and becoming Cheetah.

Wonder Woman 1984’s second villain is Max Lord, played by Pedro Pascal (known for his title role as The Mandalorian and as Oberyn Martell in Game of Thrones). The trailer hints that his storyline is going to have a lot to do with excess and greed. That makes Max Lord, a businessman who is well off but craves more power, a fitting villain for the eighties-themed story.

There are also a number of new actors who’ve been cast without any information revealed on the parts they’ll be playing. Speculation has it that this could be because providing any information on their roles would be giving something away for the plot. These new additions include Ravi Patel, Gabriella Wilde, Kristoffer Polaha, and Natasha Rothwell.

Wonder Woman 1984 takes place much later than the 2017 film and, according to Producer Charles Roven, will be a very different story with a “next iteration” of who Wonder Woman is. This makes sense, because she’s had some time to change as a person.

Wonder Woman doesn’t appear to age much between the first film (which took place during World War I) and this second film, which does indeed take place in 1984 as the title suggests. She also hasn’t aged in the 2016 film Batman V. Superman, which took place in modern times, so this isn’t much of a surprise. In the first film, it was established that her character is the daughter of Zeus and she seems to be something close to immortal.

The issue of passing time (and surviving death) comes in with Steve Trevor, played by Chris Pine. In the first movie, he died saving the world. We did not see his body at the time of his death. Still, it’s been a while since World War I. Chris Pine isn’t giving us any answers and neither is anyone else involved with the film, so we’ll have to wait until the movie releases to find out.

Still, in the Wonder Woman 1984 trailer, we can see that Steve Trevor’s reappearance will happen at some point during this story. Has he been in another universe where time passes differently, is now newly returned, and everything is going to be just fine between the two of them? Is this some trick on the part of one of our villains? Will there be big consequences? Will Steve Trevor have to sacrifice himself for the good of the world again?

The questions surrounding Steve Trevor are there, but he’s not the whole story. We have two villains this go around.

There are big nods to the novel 1984 by George Orwell, which also approached themes like greed and the consequences of excess. We see this in the character of Max Lord, a businessman craving more power, Barbara Minerva, who will likely be doing something morally questionable to become Cheetah in the film, and the many shots of malls in 1984 America shown in the trailer.

These themes hint at the idea that Diana getting Steve Trevor back may be too much and have consequences of its own, but we’ll have to wait and see how that may tie into the plot.

Lost In The Eighties

Why 1984? That’s the question on the mind of a lot of fans. The last Wonder Woman movie took place during World War 1. With nearly a hundred years of time to choose from, what prompted DC Comics to choose the eighties as the setting of their next sequel?

It turns out director Patty Jenkins had a very specific reason for setting Wonder Woman in the eighties. Here’s her explanation…

“Why 1984? We wanted to bring Diana into the modern world, but the ’80s is a period that Wonder Woman is quite synonymous with. So it was great to see her there, but most importantly, it’s sort of the height of Western civilization and the success of the world that we all live in in the aftermath of now. So I was curious to collide our Wonder Woman into the height of our current modern belief system, and what kind of villains come out of that, and see what happens. So it all came quite naturally.”

You may have noticed Wonder Woman’s sword and shield from the first movie are missing in the Wonder Woman 1984 trailer. That’s a deliberate choice. Neither will be used in this sequel. When asked why, star Gal Gadot offered this explanation:

“Wonder Woman does not carry a weapon. We had an intention to let go of the sword, because there’s something very aggressive with a sword. If you have a sword, it means you need to use it. So we wanted to give that up. And we didn’t feel that the shield was necessary either. She’s a goddess, she can fight, she’s super strong, and she has the skills. So no, she has the gauntlets. She has the lasso. She has her tiara and that’s about it.”

Speculation is that the film may contain our first ever look at Wonder Woman’s invisible jet. Some believe the image (above) taken from the film’s first trailer may show Wonder Woman and Steve taking her invisible jet for a spin. Invisible jet or not, the expectations of both DC and the audience, are high for Wonder Woman 1984’s release.

The first Wonder Woman movie had a few funny moments, yet it was never full on comedic. But a strange new photo released from the sequel film to Fandango suggests a different tone. Here it is…

It’s hard to imagine where this would even fit in a movie. It looks like Gal Gadot just posing in a funny way in her costume for a promotional photo, but Fandango claims this is an actual shot from the movie. Someone’s upside down and Diana is holding them in the air and making a silly shush gesture. Since it’s set in the eighties instead of the dire days of World War I, it may be that Wonder Woman 1984 is embracing a more lighthearted tone for the sequel.

Wonder Woman 2 And The DCEU

Marvel Studies has the Marvel Cinematic Universe (MCU) where all of their films play into each other, creating a larger story for the MCU. For a while, Warner Brothers was doing this with DC comics stories, creating the DC Extended Universe (DCEU). Wonder Woman appears in Batman V Superman, characters showed up in Suicide Squad, and there was an overall timeline to protect.

Now, we have The Joker, which seems to take place in a universe independent of previous films. There is also an upcoming movie where Robert Pattinson will be playing a new Batman. At this point, while we can track the films Gal Gadot has played Wonder Woman in and track those stories together, that’s about all we can say for how future DC films will fit with Wonder Woman 84 and any wider DCEU stories.

It’s worth noting there will be another DC film released in 2020 prior to Wonder Woman 84, Birds of Prey: The Emancipation of Harley Quinn. This new film will be a spin off from Suicide Squad.

When Will Wonder Woman 1984 Be Released?

Will there be a Wonder Woman 3? Will there be other stories? Patty Jenkins, the director for Wonder Woman 1984, and Gal Gadot, who plays Diana, have become good friends while working on both of the Wonder Woman movies. They have discussed the possibilities of future projects, including a Wonder Woman 3 and a spin-off story that would focus on Amazon warriors. If these stories do happen, Jenkins believes there will be a break first. She has said that it was good for her process, and Gadot’s, that they have breathing room between projects to pull the story together in a way that works for them.

What fans can take away from this is that while we’re likely to see more Wonder Woman stories in the future, it may be a while since they aren’t currently in production. 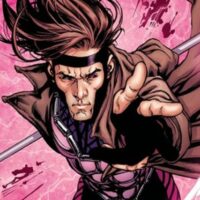