What is old will become new again. That’s been the theme of late with the streaming wars heating up across all platforms and some classic television shows and movies either being remade or continued for a new audience. One of those is going to be Willow, the fan-favorite 1988 film which will now get another story in the franchise. It’s an exciting prospect with a young cast that’s set to bring on a whole new adventure for this world. And it looks like they’ve added some more talent to the ranks. Deadline has it that Rosabell Laurenti Sellers, of Game of Thrones fame, has signed on for a recurring role in the series when it finally airs on Disney+.

It’s not totally clear who Rosabell Laurenti Sellers will be playing in this Willow series that’s set to continue some of the adventures from the original story. But there are just a few details along those lines though with Deadline reporting that she will play a witty, though possibly dangerous type in this one. The series is currently in post-production now having been filmed back in the fall of last year, so this addition does seem like a late one all things considered. It begs the question of just how big the role will be in the overall series.

Willow is set to continue the story from the original movie which came out in the late-1980s. This series isn’t a remake, but a continuation of that movie decades later, and original star Warick Davis will be back playing Willow Ufgood, now a Nelwyn sorcerer. In addition to Warick Davis and Rosabell Laurenti Sellers, the cast has a number of other notables who will round out the story around a princess out to rescue her brother. Ruby Cruz plays Kit, the aforementioned princess. There’s also Erin Kellerman (The Falcon and the Winter Soldier), Ellie Bamber (Les Miserables), Anthony Revolori (Flash from the Spider-Man franchise), Amer Chadha-Patel, and Dempsey Bryk. You can actually check out Davis “meeting” the cast in this hilarious Disney+ day promotional piece. Check it out:

Rosabell Laurenti Sellers is best known for playing Tyene Sand, one of the Sand Snakes in the Game of Thrones franchise. She appeared in nine episodes in total and one was one of that formidable group of fighters who hail from Drone and are not to be messed with. The character was among the group who used deceit and fighting prowess as part of their overall dangerous makeup. From a genre perspective, Rosabell Laurenti Sellers should fit right into this updated Willow story and series. She also starred in the German series Mia and Me as well as Spides on SyFy. For Willow, she’s credited with being in eight episodes, though we will have to see how that all takes shape.

The expectation is that we will see Rosabell Laurenti Sellers and the rest of the Willow cast when it hits Disney+ sometime later this year, though there have been no firm announcements on an exact release date yet for the streamer. 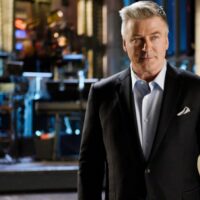 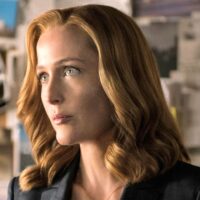