First, the trailer for Marvel Studios’ Spider-Man: No Way Home leaked online. And now, stills from the film have also leaked. This time the images give fans their first look at Alfred Molina, Jamie Foxx, and Willem Dafoe as Doctor Octopus, Electro, and Green Goblin respectively.

Jamie Foxx’s involvement in the film has been known since the very beginning, while Willem Dafoe and Alfred Molina’s participation have been expected since the first trailer dropped. But another photo showing Foxx as Electro standing in front of Sandman and Lizard in their CGI forms has also appeared online before being swiftly deleted. Nobody involved in the production of Spider-Man: No Way Home has confirmed or denied the authenticity of these photos. But nothing stays a secret for too long in the digital realm. The stills appear to be from before visual effects since Molina doesn’t have his arms.

Another interesting note is that Willem Dafoe is wearing Green Goblin’s hood from the comics. This could mean that his character will have a more natural design compared to his costume in the Toby McGuire-led Spider-Man trilogy.

All leaks aside, Spider-Man: No Way Home essentially examines how Peter Parker’s life and reputation are turned upside down following his identity being exposed at the hands of Mysterio. Interestingly, this is something that’s already happened in the comic book lore – sort of. While it didn’t involve Willem Dafoe and Jamie Foxx as big figures, the general idea was there. In 2007 Marvel released One More Day, a four-part comic book crossover storyline, connecting the three main Spider-Man series published at the time. In this version, Peter’s attempt to restore his secret identity culminates in him making a deal with Mephisto.

In addition to the array of super villains, theories also suggest that Doctor Strange is the conduit to bringing Andrew Garfield and Toby Maguire’s versions of Spider-Man into Tom Holland’s universe by way of the multiverse. Previous reports state that these characters will appear during the final scene to help defeat all the Spider-Men’s combined foes. This could see Willem Dafoe’s and Jamie Foxx’s characters working with others. 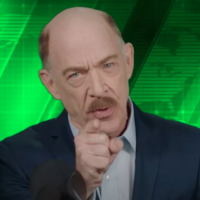 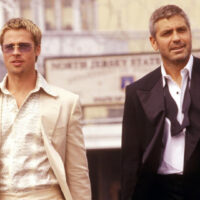