Warner Bros. has released a new trailer for its upcoming sports biopic King Richard starring Will Smith. The story details the life of Richard Williams, the father, and coach of tennis players Venus and Serena Williams. In the emotionally charged clip, Richard will stop at nothing to make his daughters the best tennis players in the game.

In the video Richard (Will Smith) promises that his girls will shake up this world. So he pushes Venus and Serena to train while sticking to the plan he’s so carefully created for them. As his daughters start to see success in the sport, others begin to take notice. While it seems like the odds are sometimes stacked against them, Richard is sure that he not only has the next two versions of Michael Jordan on his hands.

The new trailer also features a new song by Beyoncé called Be Alive, which was reportedly written for the film. King Richard is directed by Reinaldo Marcus Green from a script by Zach Baylin. Starring alongside Will Smith in the title role is Aunjanue Ellis, Saniyya Sidney, Demi Singleton, Tony Goldwyn, Jon Bernthal, Mikayla LaShae Bartholomew, Danielle Lawson, and Layla Crawford.

Based on the true story that will inspire the world, King Richard follows the journey of Richard Williams (Will Smith), an undeterred father instrumental in raising two of the most extraordinarily gifted athletes of all time, sisters who would end up changing the sport of tennis forever. Driven by a clear vision of their future and using unconventional methods, Richard has a plan that will take Venus and Serena Williams from the streets of Compton, California to the global stage as legendary icons.

King Richard premiered at the 48th Telluride Film Festival on September 2nd, followed by Warner Bros. theatrical and month-long simultaneous release on the HBO Max streaming service. So far the film has received positive reviews with Will Smith’s performance garnering universal acclaim. Rotten Tomatoes gave the movie a more than glowing critical consensus, saying that King Richard transcends sport biopic formulas with refreshingly nuanced storytelling and a towering performance from Will Smith in the title role. Moreover, critics who saw the film in early screenings have tapped him as a possible contender for the Best Actor Academy Award.

Meanwhile, Will Smith will also be starring in Bright 2, the sequel to the 2017 film that kicked off the aspiring Netflix franchise. According to Deadline, Louis Leterrier is currently in talks to direct the fantasy sequel with Will Smith and Joel Edgerton returning as the mismatched, crime-fighting couple. Letterier is known for his work on The Incredible Hulk and Now You See Me. The script will be penned by David Ayer, T.S. Nowlin, and Evan Spiliotopoulos.

For his latest project, Will Smith is currently filming the Apple TV+ slavery drama Emancipation. The movie will be directed by Antoine Fuqua from a script by Willam N. Collage. The action-thriller tells the story of Peter, a runaway slave forced to outwit cold-blooded hunters and the unforgiving swamps of Louisiana on a tortuous journey North where he joins the Union Army. King Richard will be released in theaters worldwide and on HBO Max on November 19th. 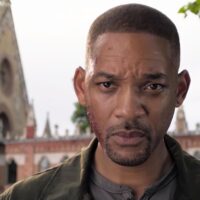 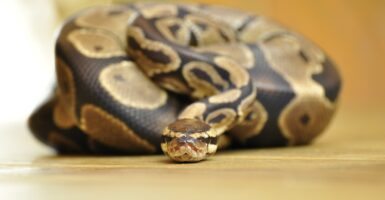 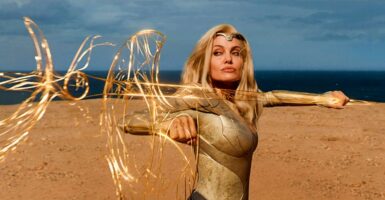