By Rick Gonzales | 22 seconds ago

Another Will Smith movie is making some noise across the Netflix worldwide landscape as it finds itself sitting at number eight in popularity. Gemini Man stars Will Smith–twice–as an aging hitman who is being hunted down by his younger self.

Will Smith is Henry Brogan, a former Marine Sniper who now uses his excellent talent for the Defense Intelligence Agency (DIA). While on assignment to take out a bio-terrorist aboard a train, Henry is faced with a difficult challenge. As he is lining up his shot, his spotter warns him that a young girl is approaching Henry’s target. Waiting as long as possible, Henry finally takes his shot, shooting the man in the neck instead of the head. This assignment causes Henry to retire from the DIA.

Henry is now living the life of retirement in Georgia, where he meets a boat rental manager named Danny (Mary Elizabeth Winstead). He also reconnects with Jack, an old friend who informs Henry that the man Henry killed, causing his retirement, was actually innocent.

Thrown for a loop, Henry demands Jack take him to his source, Yuri. Now, though, DIA director Janet Lassiter knows that Henry is aware of their deception, so Henry must be silenced. As bodies begin to pile up, Henry comes to realize that Danny is an agent who was sent to monitor him. After both are attacked by assassins, Danny is convinced to help Henry. But Henry is in for a big surprise.

A top assassin is sent to remove both Henry (Will Smith) and Danny (Mary Elizabeth Winstead). When Henry comes face-to-face with the young assassin, Junior, he notices a strong resemblance to the young man, who also happens to have a very similar skill set. With the similarities becoming too much, Henry is determined to find out who this young man is. Danny suggests the young man is Henry’s son though Henry strongly disputes this notion. Still desperate, Henry is able to test Junior’s DNA, revealing that he is, in fact, Henry’s clone.

Gemini Man checks off all the boxes. High-profile movie star – check. High-profile director, Ang Lee – check. A great co-starring cast, which also includes Clive Owen and Benedict Wong – check. An interesting premise – check. So why, then, did the film take over 20 years to finally see the light of day?

Initially, the Will Smith film was sold to and set to be produced by Walt Disney Pictures. The late Tony Scott was hired to direct the film but as time went on, Scott stepped away and others were attached. Those directors included Curtis Hanson and Joe Carnahan, until finally settling on Ang Lee.

As the film was bouncing from director to director, the script was being reworked by a number of writers. Darren Lemke penned the original story but then got help from Billy Ray, Andrew Niccol, David Benioff, Brian Helgeland, Jonathan Hensleigh, as well as the writing team of Stephen J. Rivele & Christopher Wilkinson.

The main reason, or so we are to believe, the film lingered in development hell for such a long time is that what the story was trying to accomplish, technology wasn’t quite available to make happen. The de-aging technique, used in a number of recent films and most notably in Martin Scorsese’s The Irishman, was at its infancy when the story was conceived.

Ang Lee was given $138 million to finally bring the story to life and while the return looks like a positive number, $173.5 at the box office when all was factored in, mainly the cost of advertising the film, Paramount lost an estimated $111 million on the film. Ouch.

It’s not that Will Smith hasn’t seen his share of stinkers in the past. There was his ill-fated reboot of the ‘60s classic TV series, Wild Wild West. There were also his poor showings in Collateral Beauty, After Earth, and Suicide Squad.

On the opposite side of the Will Smith spectrum are the wonderful films Men in Black, Six Degrees of Separation, Enemy of the State, Hitch, and the two films where he received Academy Award nominations for Best Actor – Ali and The Pursuit of Happyness.

If you can get past the hard-to-watch de-aging of Will Smith, give Gemini Man a shot. You can find it on Netflix. You may find it worth your time. Then again, you may not. Either way, let Giant Freakin Robot know what you think. 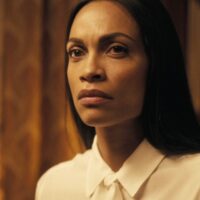 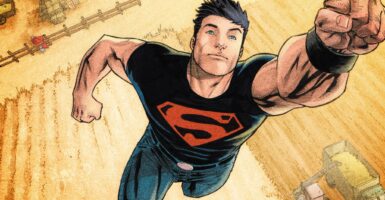