Will Smith and fans of the actor have reason to celebrate today: the Independence Day star isn’t quite as cancelled as previously believed. The months that have followed the infamous Oscar ceremony that saw Smith take the stage and slap comedian Chris Rock have been littered with stories of Smith projects being put on hold, delayed, or outright eliminated. But today comes the news that reports that Smith’s return to the role of Mike Lowery for Bad Boys 4 were premature.

The word comes straight from the proverbial horse’s mouth — Sony Chairman Tom Rothman. Deadline posted an interview with Rothman on Friday, largely tackling the subject of how the studio has managed to remain a contender in spite of not having its own streaming service like Disney, Paramount, Universal, Warner Bros., etc. While highlighting the subject of the lucrative intellectual properties under Sony’s banner, Bad Boys came up, which led to a question about the reports of Bad Boys 4 being put on hold because of the Will Smith controversy. The Sony Chairman said those reports weren’t true. “No. That was inaccurate,” Rothman insisted. “[Bad Boys 4 has] been in development and still is. There weren’t any brakes to pump because the car wasn’t moving.”

Rothman went on to explain why he wouldn’t support the idea of canceling Bad Boys 4 or putting it on hold because of the now infamous slap. “That was a very unfortunate thing that happened, and I don’t think it’s really my place to comment, except to say that I’ve known Will Smith for many years, and I know him to be a good person,” Rothman said. “That was an example of a very good person having a very bad moment, in front of the world. I believe his apology and regret is genuine, and I believe in forgiveness and redemption.”

At the risk of sounding crass or cynical, it isn’t like Sony doesn’t have a lot of material incentive to move forward with Bad Boys 4, regardless of any thoughts on forgiveness or redemption. When Will Smith and Martin Lawrence returned to the buddy cop action franchise after being dormant for 17 years with Bad Boys for Life, the film netted $427 million which — without counting for inflation, mind you — was a higher gross than both of the previous films combined. The threequel released in January 2020, just before COVID-19 broke wide in North America, and was likely one of the last big pieces of profit a Sony movie saw for a while.

There aren’t a lot of details known yet about Bad Boys 4, though that might change soon. If the blockbuster isn’t on hold then Will Smith might have a lot of motivation to do everything he can to fast-track it. With projects like Fast and Loose (on hold), Emancipation (delayed release), Pole to Pole (delayed release), and Bright 2 (cancelled) either on hold, delayed or cancelled in the wake of the slap, Smith might see right now as the only time to put all his proverbial eggs in the one proverbial basket. Hey, maybe invite Chris Rock to do a cameo? Mend some fences? Let Rock’s character slap Smith’s character around a little just for funsies? 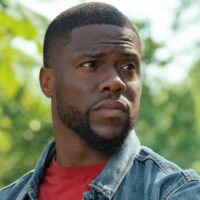