One Of Will Ferrell’s Funniest Movies Is Leaving Netflix, Watch Before It’s Gone

Netflix giveth and Netflix taketh away. Lately, we’ve been addressing many of the great movies coming to the streaming giant but this time, we are going to talk about one that will be leaving Netflix soon and it is one of Will Ferrell’s best comedies, The Other Guys.

The Other Guys is a 2010 cop comedy starring Will Ferrell and Mark Wahlberg. They play New York City Police Department detectives who are relegated to the sidelines. Ferrell’s Allen Gamble is a forensic accountant while Wahlberg’s Terry Hoitz has a temper that runs hot and who now sits at a desk because he mistakenly shot New York Yankee great Derek Jeter during the World Series. For this reason, he was given the nickname “Yankee Clipper.”

Gamble and Hoitz get no respect. All of the attention goes to detective Danson and Highsmith (played by Dwayne Johnson and Samuel L. Jackson). Gamble especially idolizes the two cocky detectives. But when tragedy ensues during a criminal pursuit, causing Danson and Highsmith to jump to their deaths, the NYPD begins to look to others within the department to fill their vast void. Hoitz wants nothing more than to do so, but Gamble is reluctant at best. The comedy between the two is, at times, priceless.

The pair start slowly by investigating a permit violation by multi-billionaire Sir David Ershon (Steve Coogan). As their investigation continues, they uncover a bigger plot concerning Ershon and the money he lost and is trying to cover up. The back and forth between Gamble and Hoitz continues which also brings in an awesome comedic performance by Michael Keaton as Captain Gene Mauch. His role isn’t a major one, but every time he is on screen, it is laugh out loud funny.

Eva Mendes (Hitch, Ghost Rider) appears as Will Ferrell’s hot wife, Sheila, which has Wahlberg’s Hoitz lost for reasoning. Ferrell wonderfully downplays Mendes’ hotness, many times complaining just how horrible she looks. The dinner scene where Hoitz arrives for dinner at Gamble’s home and is greeted by Sheila is one of the many comedic highlights of the film.

Adam McKay directed The Other Guys and co-wrote it with Chris Henchy. This is the fourth (of five) movie Will Ferrell and McKay have collaborated on, the others being Anchorman: The Legend of Ron Burgundy, Talladega Nights: The Ballad of Ricky Bobby, and Step Brothers, all of which came before The Other Guys, and followed by Anchorman 2: The Legend Continues. The Other Guys also marks the first time that Will Ferrell didn’t co-write a movie he collaborated with McKay on. But according to McKay, Ferrell had quite a bit of input with the script. “I always say the big secret is that Will is a tremendous writer, he’s really, really good and he had a lot of input,” McKay told CinemaBlend. “When Chris [Henchy] and I were writing the script he was calling in with ideas, sending us emails, some of the cooler ideas in the script came from him. Then once Chris and I wrote it, did a rewrite, he then came in and he and I did a pass, and then Chris came in and all three of us did a pass. Will was involved the whole way through.”

The idea for The Other Guys came when McKay, Ferrell, and Wahlberg met for dinner. As McKay explains it, “This one we came upon by accident, in a way, because it came out of Mark Wahlberg and it came out of us having dinner and kind of meeting through this Oscar song and it was this sort of this weird thing. And we sat down with him and we hit it off with him and we really liked him. And we were driving home and I was like, “You have to work with that guy, man. There’s something right.” McKay was right about that. He pitched an idea to producer Kevin Messick saying, “We need an idea like if there’s two star cops in a town, who are the guys in the desk next to them?” And Messick just wrote me back, “You just thought of the movie” and I was like, “Oh!” And that, my friends, is how ideas and deals are made in Hollywood.

Will Ferrell movies usually, for the most part, are highly anticipated events. Heck, even Holmes & Watson was a highly anticipated event, that is, until the movie actually came out (sorry GFR’ers, guilty pleasure with that one). But the pairing of Ferrell and Wahlberg was interesting, especially since in the recent past Ferrell has paired up nicely with his comedy partner John C. Reilly. Thankfully for Ferrell, Wahlberg, and McKay, the movie debuted nicely. It was funny, timely, and offered enough spin on the typical cop-buddy action movies that it has lasted over time. It pulled in close to $171 million at the box office and even won the Best Comedy Film Award at the 2011 Comedy Awards.

Catch The Other Guys while you can. Netflix is scheduled to remove it from its service on February 12, 2021. 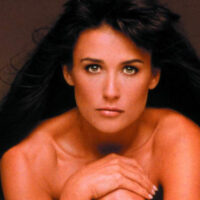 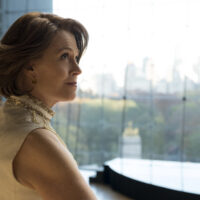