One Of Will Ferrell’s Funniest Movies Just Hit Netflix

Will Ferrell. You either love him or hate him. He has made some side-splitting feature films as well as some that are questionable in their comedy. One of his funniest movies (well, depending on who you ask) is now available for streaming on Netflix.

The story begins with our hero, Ricky Bobby (Will Ferrell), working in the pit crew of Dennit Racing driver Terry Cheveaux. When Cheveaux comes in for a pit stop because he is in dead last and then decides to go to the bathroom and order a chicken sandwich, Ricky Bobby offers to step in to finish the race. Bobby goes from last to third place, prompting Dennit owner Larry (Pat Hingle) to bring on Bobby, along with buddy Cal Naughton Jr. (Reilly), as new drivers.

Ricky Bobby is an immediate hit on the NASCAR circuit. With Cal as his “buffer”, Bobby finds the winners circle more time than not and when he isn’t winning, according to Bobby, he is losing. His fame gets him his smokin’ hot wife Carley and together they have two sons, Walker and Texas Ranger. The family lives in a huge mansion along with Carley’s father, Chip. Will Ferrell plays up every bit of this ridiculousness.

The comedy in Ricky Bobby is as fast as the driving and also like Ricky Bobby’s driving, it is hit and miss. Ricky has a father complex because his dad (Gary Cole) abandoned him at an early age. Ricky’s mom (Jane Lynch) has always been in his corner for support. When his dad comes back into the picture, Ricky hilariously has to deal with his daddy issues.

Adding to Ricky’s problems is Jean Girard (Baron Cohen), the heavily accented and openly gay French Formula One driver who becomes part of the Dennit Racing Team after Ricky has trouble going fast, leading him to a breakdown of epic proportion.

Ricky Bobby’s breakdown leads to him unable to drive. This, in turn, causes his wife to leave him for his best friend Cal, who takes up residence in Bobby’s mansion with Carley and their children.

There are numerous classic scenes in Ricky Bobby, providing one is a fan of Will Ferrell and John C. Reilly’s humor. The duo has filmed four movies together, the first being Ricky Bobby. They have also starred opposite each other in the very funny Step Brothers, Anchorman 2: The Legend Continues (though Reilly’s part was brief), and Holmes & Watson.

With Talladega Nights, the duo established a great sense of comedy that fans would love to see more of.

Will Ferrell established himself as a top comedian when he joined the Saturday Night Live cast in 1995. He, along with Cheri Oteri and Chris Kattan, led the revival of SNL after it fell in ratings over the previous couple of years.

Ferrell took his SNL fame into feature films in a big way. He had a brief but funny role as Mustafa in Austin Powers: International Man of Mystery then turned an SNL character (along with Kattan) into A Night at the Roxbury as the Butabi brothers.

In 2003, Ferrell would first star in Old School, then he would jump into a Christmas classic with Elf. Anchorman and Ron Burgundy would soon follow, making Ferrell one of the most sought-after comedic actors in Hollywood.

The hit and miss of Will Ferrell’s career would begin. There were the awful films such as Kicking & Screaming, Bewitched, Blades of Glory, and Land of the Lost (though there are those out there who actually like those films) that Ferrell would offset with his John C. Reilly films as well as The Other Guys, Zoolander, and Daddy’s Home.

Will Ferrell is part of a group of actors called the Frat Pack. The name was first given to actors such as Leonardo DiCaprio, Tobey Maguire, Matt Damon, Ben Affleck, and Edward Norton, all of whom acted together. But the name was transferred over to Ferrell and a group of comedians that include Ben Stiller, Owen Wilson, Luke Wilson, Will Ferrell, Steve Carell, Jack Black, Paul Rudd, and Vince Vaughn.

Up next for Will Ferrell is the series The Shrink Next Door with Anchorman co-star Paul Rudd. Ferrell plays patient to Rudd’s doctor. Ferrell has a few other projects lined up though most fans are hoping to reunite him and Reilly one more time in a sequel to Step Brothers. The pair have long hinted at the continuation of Brennan and Dale’s story, though at the present time nothing is imminent. For now, you can watch the classic pairing of Will Ferrell and John C. Reilly in Talladega Nights: The Ballad of Ricky Bobby on Netflix. 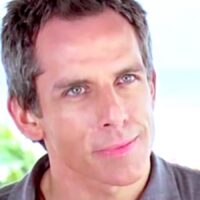 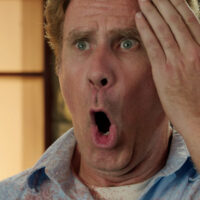