When someone said that a live-action Barbie film was being made, plenty of people probably laughed about it. However, the film has amassed a huge cast that includes Margot Robbie, Ryan Gosling, Simu Liu, and Will Ferrell. Fans have been slowly getting information about the film and first-look images, but most of the pics have been of Robbie as Barbie and Gosling as Ken. Now, we have been given our first look at Ferrell, who is going to take on the villain role for the film. You can see the images below:

These images follow officially released pics of Margot Robbie and Ryan Gosling as Barbie and Ken but in some colorfully bright rollerblading gear. We could be seeing the makings of a chase scene, but on rollerblades at the beach. That would certainly be on par for a Barbie movie and a bit of what we have seen before from Will Ferrell. He was chased by Will Arnett on ice skates in Blades of Glory. Either way, the above pics look hilarious, especially because Ferrell looks impossibly odd in rollerblades. His black suit is indicative of his rumored role as a higher-up working for Mattel, which is the company that makes Barbie.

Not much is known about the plot of the Barbie film, other than the fantastic cast that has already been announced. We do know that Will Ferrell is some big shot at Mattel, but maybe it is his job to bring Barbie back in after she has come to life? That would make sense as to why there is a live-action version of the characters in the first place. Maybe Barbie comes to life and is so enthralled by what she sees in the real world that she takes off and wants to experience everything. Kind of like Ex Machina, but without a much darker twist about the plot. Either way, the above images and the ones released have left us far more intrigued about this upcoming release.

As previously mentioned, Margot Robbie, Ryan Gosling, and Will Ferrell are three of the main figures in the movie. They are also joined by Simu Liu, Michael Cera, Kate McKinnon, America Ferrera, Ritu Ayra, and many more. Again, though making a live-action Barbie film sounds odd, this might turn out to be quite a lucrative blockbuster film. This is considering the massive cast that has been attached to the film. Greta Gerwig also wrote and will direct. She is a huge figure in the filmmaking world after her massive success with Lady Bird and Little Women. She also wrote the live-action version of Snow White, which will be coming out next year as well.

Barbie has a release date of July 21, 2023. It might be some time to wait until we get to see what this movie is about, though we can expect a trailer in the coming months. One thing is for sure, seeing Will Ferrell on rollerblades needs to happen in every film. A high-speed chase on those is going to be hilarious. It already looks comical from the above images that have no context to them. 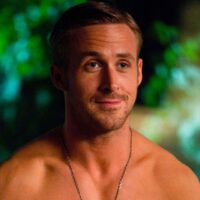