Which TV News Network Gets The Biggest Ratings?

The advent of cable brought with it the advent of 24-hour news. In June of 1980, CNN was the first channel to offer a 24-hour news cycle. At once it was a hit and led other news channels to follow suit. At the time, it wasn’t politically motivated. It wasn’t slanted so heavily to one side or the other. The news was pretty much told straight down the middle, offering opinion, fact, and for the most part, told the truth.

24-hour news today is dominated by the left or the right. No middle. It has big personalities. They tell stories, true or otherwise because the truth is no longer of importance to many. Viewership is and fans of these big personalities love their version of the truth.

So, CNN was the original which gave way to Headline News, then came Fox News and MSNBC to compete with CNN. CNBC came shortly thereafter. Slowly, over time, these networks shifted from actual news to opinion-driven fare. Personalities began to arise. Fact was beginning to become skewed just to attract viewers. It worked and here we are today. The “news” as we know it.

So that’s where news stands, but what are people actually watching when they aren’t in an airport and have a choice? Which shows are the top-rated shows on these channels? Let’s take a look.

Of the 24-hour news channels, there are but a handful. There are Fox News, MSNBC, and CNN as the big three but there is also HLN (Headline News) and CBSN. We’ll take it from the top-down, America’s highest-rated Cable News Network to the lowest and what adds to their ratings. The final rankings came from 2019 as 2020 is not yet in the books, but we also offer why these channels continue to thrive in their respective rankings.

The Fox News channel has been rated number one 4 years running. The channel was launched in 1996 and slowly built its reputation as being a more conservative-leaning channel. As the years rushed by, Fox began to develop its own large personalities, which now contribute to their constant number one ranking.

Tucker Carlson leads the way as the top rated host anywhere. That’s right, not only does he contribute to Fox’s top rating, but he is also the number one news personality in the world. His show, Tucker Carlson Tonight, airs weeknights on Fox News and always draws a large gathering. Carlson’s approach is matter of fact, looking at making sense of the world using what he perceives should be common sense. He does it with a sense of humor, a touch of irony, and an outlook that many times is a warning of what’s to come. He isn’t everyone’s cup of tea, and he’s often controversial, but he holds the number one spot.

Sean Hannity is Fox’s second biggest host. From time to time his show, Hannity, will jump Carlson in terms of viewership, depending on the topic at hand. In fact, this past 2020 quarter, Hannity’s show ended it as the top-rated show in cable news, yes, even surpassing Tucker Carlson. To claim possibly their fifth number one ranking in a row, Carlson and Hannity help pad their stats but the third quarter of 2020 saw Fox News claim four of the top five spots. The Five and The Ingraham Angle pulled in the other two spots. Fox News ended their third quarter as the most-watched with a 3.507 million viewer average, which is an astounding 44% rise from this time last year. They seem poised to be awarded top new channel once again.

RUNNER UP IN RATINGS: MSNBC

This news network had hoped to close the gap, but as of today, they have not. The end of the 2019 ratings campaign saw MSNBC drop viewership by roughly 3%, a number that seems to be holding true for 2020. Still, being the second-rated cable news network can’t be a bad thing.

The news channel is led by The Rachel Maddow Show. She is the network’s prime-time queen and biggest draw. Her show, like all the others on the news network, deliver a strongly liberal approach to politics. Also like its rival Fox News, the channel is politic heavy with no plans to change towards more unbiased news. But MSNBC has more to offer than just Maddow. They also boast Chris Hayes, Lawrence O’Donnell, Brian Williams, Joy Reid, and Morning Joe.

The good news for MSNBC, like Fox News, is that their prime-time ratings took a big leap, up 39 percent at the end of 2020’s third quarter from this time last year. The jump was the best in the network’s history for this time period. Still, neither of those two offered the highest jump.

It’s not like the OG of 24-hour news has hit rock bottom, because they haven’t. Their numbers remain fairly steady and have actually climbed recently. In fact, they have recorded the biggest jump in viewership, even more than Fox News and MSNBC with a 56% bulge over the same time period from one year ago.

CNN has their news personalities, but for some reason, they just have not caught on the way Carlson, Hannity, or Maddow has. CNN employs the likes of Wolf Blitzer, Jake Tapper, Kate Bolduan, Erin Burnett, and Don Lemon. Some find Lemon’s approach quite polarizing, but he seems to be the leading voice on CNN. Like MSNBC, they tend to skew their reporting towards a liberal leaning perspective. Even with their jump in numbers, CNN still lags in overall ratings.

This channel is a different one. By different, we mean, yes it is a 24-hour news venture, but the “news” portion comes during the day with shows like Morning Express with Robin Meade or Weekend Express with Susan Hendricks, and its evenings filled with shows such as Sex & Murder After Dark or Forensic Files II, or Very Scary People Hosted by Donnie Wahlberg or Something’s Killing Me hosted by BD Wong. The channel, which is a spin-off of CNN, loves to tell true crime stories. They do it well, but that is their main focus.

ONLINE AND OFF TV: CBSN

One more news network trying to build its portfolio is CBSN, the 24-hour news network from CBS News. They produce their own news pieces but also take from other CBS news programs and their CBS affiliates. One major hurdle for the new news network is, unlike the above, the only way to view this news channel is online or via a streaming service. It makes them quite limited in their reach.

THE REST OF THE NEWS

There are others that are trying to forge their path when it comes to cable news. Blaze TV, Free Speech TV, InfoWars, Fusion, OANN, and NewsNet are just a few that are attempting to keep up with the Jones’ (that was not an Alex Jones joke) to varying levels of success. The big three dominate and look to continue to dominate as the Presidential election draws near.

There are other 24-hour news networks actually on cable that have some hint of popularity, these ones are the business news networks. CNBC (Consumer News and Business Channel), along with Fox Business Network, and Bloomberg Television lead the way when it comes to delivering up-to-date business information. All three channels offer business analysis, some of which relate to the political atmosphere, some of which don’t. They are, without a doubt, the go-to when it comes to business and financial advice.

Where do we go from here as it pertains to getting our news? Everything is so slanted in one direction or the other, it is hard to say. Two opposing political agendas seem to be driving much of what we see or hear and the ability to decipher what is true from what isn’t is beginning to wane.

We can only hope, that at some point, these news networks will finally begin to prioritize honesty over rhetoric, but we may have already passed that point where that’s possible.

For now, like it or not, Fox News and MSNBC continue to pull in big numbers. Their viewers don’t seem to mind that the reporting they’re getting is slanted. People gravitate to whichever narrative fits their political outlook and seem content getting their biases confirmed. That may never change. 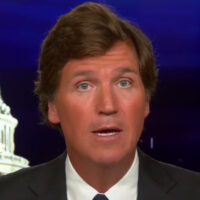