Wheel of Fortune has a new puzzle board and fans are complaining about everything from the color to the font.

Iconic game show Wheel of Fortune, hosted by Pat Sajak, returned for its 40th season in nighttime syndication this week, which marked the milestone with some notable changes, particularly the puzzle board that serves as the centerpiece of gameplay. For decades, co-host Vanna White would either turn a letter to reveal it, or tap a touchscreen for a letter to appear. Now, the puzzle board is completely digital, and fans are lighting up social media with complaints about the supposed upgrades.

Changes are usually welcomed when it involves an upgrade, but loyal Wheel watchers are upset that the new puzzle board has some contrast issues, as CinemaBlend pointed out. Viewers are complaining that the white background of letters are either too bright or too yellow. A number are even upset that the font has changed, which devoted Wheel of Fortune viewers noticed right away.

In a very strange break with tradition, Vanna White now has to wave her hand in front of the puzzle board letter she wants to reveal, thanks to motion-tracking LIDAR technology on the board that we can’t even begin to understand. Even the Canadians are upset, threatening to make an international issue out of Vanna White being made obsolete, as this tweet by CBC’s comedy show 22 Minutes points out.

Other Wheel of Fortune changes appear to be less controversial, including announcer Jim Thorton taking an on-stage position with more camera time, and Pat Sajak’s daughter Maggie Sajak taking on a larger role as the social media correspondent. Some sharp-eyed viewers also noticed contestants are no longer using the “toilet roll” handles to spin the wheel, likely due to improvements on the spoke handles. Finally, Pat Sajack will no longer take the “Final Spin” during the Grand Prize segment, with contestants spinning the wheel to decide their fate.

The changes come at a good time for the show, which needed some good press. Last year, Wheel of Fortune had to deal with the firing of executive producer Mike Richards, after a scandal involving his conduct on the set of his other show, Jeopardy!.

The anniversary season will hopefully help viewers forget the tumultuous 39th season, that saw several contestant controversies and mistakes regarding gameplay, which didn’t sit well with viewers. One contestant even lost out on an Audi automobile on a technicality, but the carmaker stepped in and gave her one anyway.

Wheel of Fortune was created by TV legend Merv Griffin in 1975 as a TV version of the classic game Hangman, and was originally hosted by Chuck Woolery of The Newlywed Game fame. Pat Sajak joined the show in 1981, when it was still a daytime game show. Vanna White boarded in 1982, replacing Susan Stafford as the letter-turner. In 1983, Wheel of Fortune went into nighttime syndication, with Sajak and White as hosts, and the rest is TV history.

In 2019, Sajak was recognized by The Guinness Book of World Records as the longest-running host of the same game show, marking his 35-plus years helming Wheel of Fortune and surpassing The Price is Right host Bob Barker’s tenure. He and Vanna White are both members of the NAB Broadcasting Hall of Fame, and both have stars on the Hollywood Walk of Fame. 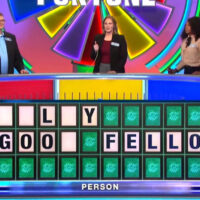 Wheel Of Fortune Is Completely Changing Its Puzzle Board 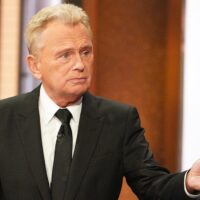 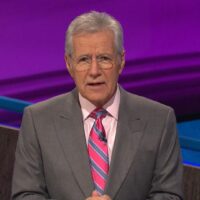 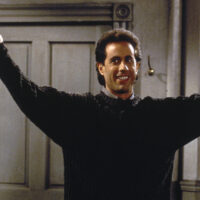